Ferrari Goes Back to 'Lollipop' 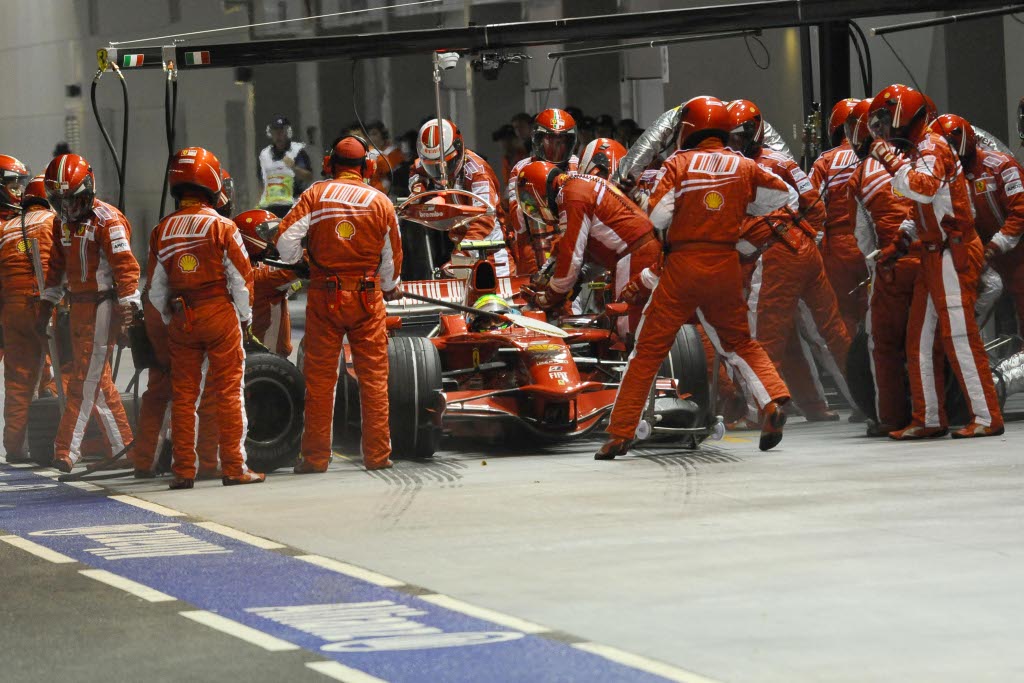 If he's not crowned world champion this year, Felipe Massa could certainly blame part of it on his team. The Singapore incident – that saw the Brazilian exit the pit area while team's mechanics were still fueling his car – was thoroughly investigated by Ferrari officials and the solution they came up with for the remaining 3 races of the season is go back to the old 'lollipop system'.

'We are going back to the old system, with a lollipop, because we have recognized that the team needs to be calm. At this stage of the season and with all the tension, it is better for everyone who works in the heat of the battle to do so with as little stress as possible', announced team principal Stefano Domenicalli during a Sky Italia interview.

The Scuderia was currently the only team in the paddock to use a traffic light system instead of the classic 'lollipop'. The system's main advantage consists of significant time savings when pitting, as it allegedly sets off automatically when the mechanics extract the fuel hose from the car.

This traffic light system was apparently set to manual mode at Singapore and signaled Massa to leave the pits sooner than intended. What happened next was the Brazilian driving for the entire length of the pits with the fuel hose still attached to his car, while team mate Kimi Raikkonen was himself waiting to refuel a further in the back.

Despite the fact that Scuderia suffered a tremendous blow in Singapore – with Massa now 7 points behind championship leader Lewis Hamilton and the team relegated to 2nd place in the constructors' standings – Domenicalli looked as confident as ever in his team's efforts to turn the situation back to a winning one.

'I am convinced that we have the right ingredients to win the next three races. It will not be an easy task, but it is definitely not impossible either', concluded the Ferrari principal.