1 Collection of Never-Before-Seen Ferrari Prototypes Up for Sale, Will Fetch Millions

3 Best Way to Cross the Owner of a Crashed Ferrari F12: “You Can’t Park There, Mate”

Ferrari F12 Has Not Aged One Day, Makes Us Feel Old, Then Young Again

Home > News > U-turn
Sebastian Toma
Ferrari's F12 Berlinetta is celebrating its tenth birthday this year. If you are not feeling old yet, you should know that the Mafia game on PC is celebrating its 20th birthday this year. If you were too old to play video games when they came out, you might be a bit aged, and if you were young when you were playing them, you are not as young as you think.
6 photos

Now, if the game from 2002 that we mentioned is something ancient to you, and you never played it because it was old, and the two remakes were boring or something like that, you may be young, dear reader. And since you are young, you might not know about the magic of a naturally aspirated V12 engine in a road-going Ferrari.

The Italian marque stopped making the F12 Berlinetta seven years ago, and some of us got to drive one nine years ago, by the way. In case you missed that article, do not worry, as there are YouTubers out there ready to film cars that are no longer being made, and some of them drive them on the German autobahn.

While there are Tesla vehicles that might beat it from a standing start, its top speed is yet no match for any Tesla, and there are few EVs in this world that have a shot at going faster than it.

At this point, you might argue that you have nowhere to drive a vehicle that fast except for the German autobahn's unrestricted bits, but you are aware that it is not the point.

There was something that our test drive from 2013 did not reveal, which was the sound made by the glorious V12 motor as it goes up to its 8,500 rpm redline. 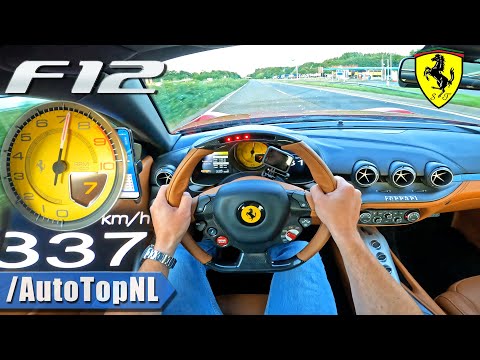