3 Sad Day: Another Lambo Passes Away

4 Man Loses His Lamborghini While Drunk 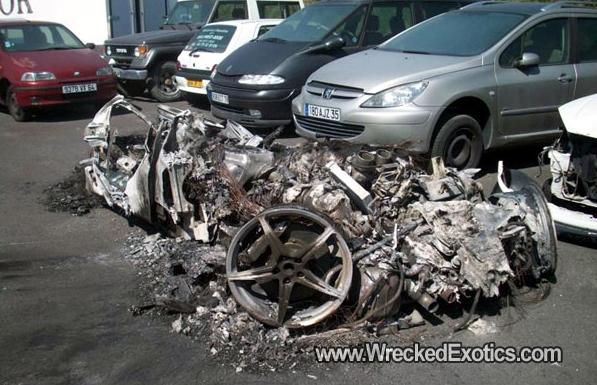 From time to time, we are forced to bring you news about more or less exotic cars that get torched for one reason or another. Fortunately for those faint-of-heart, in most cases we are unable to present you with the aftermath of the blaze. After all, who needs a reminder of the hundreds of thousands turned to ash?

This time, however, we can't help it. For one, it's not everyday you see a Ferrari go ablaze. A Lambo, perhaps, but a Ferrari, nope, almost never. To see a brand new 458 Italia catch fire almost defies the impossible. Or should we say, defied...

Because it happened. Such a tragic, tragic event occurred for the first time in Paris this very week. We told you about it. But that was only one of the Italias which burned in recent days. This is another one. Or, was... 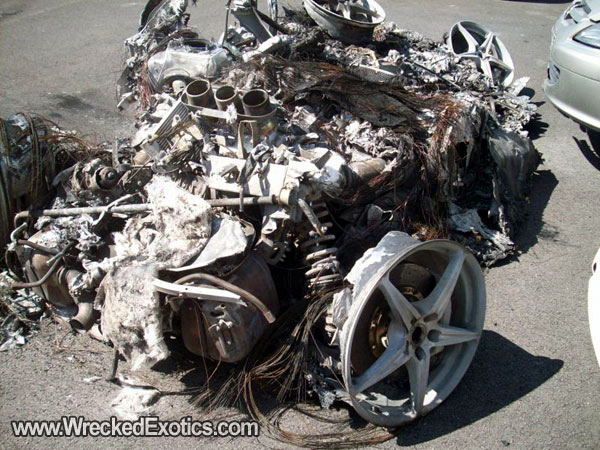 The pile of melted metal caught here by wreckedexotics.com is supposed to be another 458 Italia, one which at the moment of its untimely demise was to be found somewhere in the mountains. While the owner was doing his mountain stuff, the 458 did the Lambo stuff: burned itself to ash.

The cause of the fire, as in the case of the car in Paris, remains unknown. It's also a mystery why both models that caught fire are (were) to be found in France (maybe the French are wealthier than the rest of the world, who knows).

Now, we'd hate to see this turn into a flaming pattern, as is the case with Lamborghini. Yet, having two 458 catching fire out of the clear blue French sky kinda' leaves the realm of coincidence and steps into the something-is-very-wrong one.