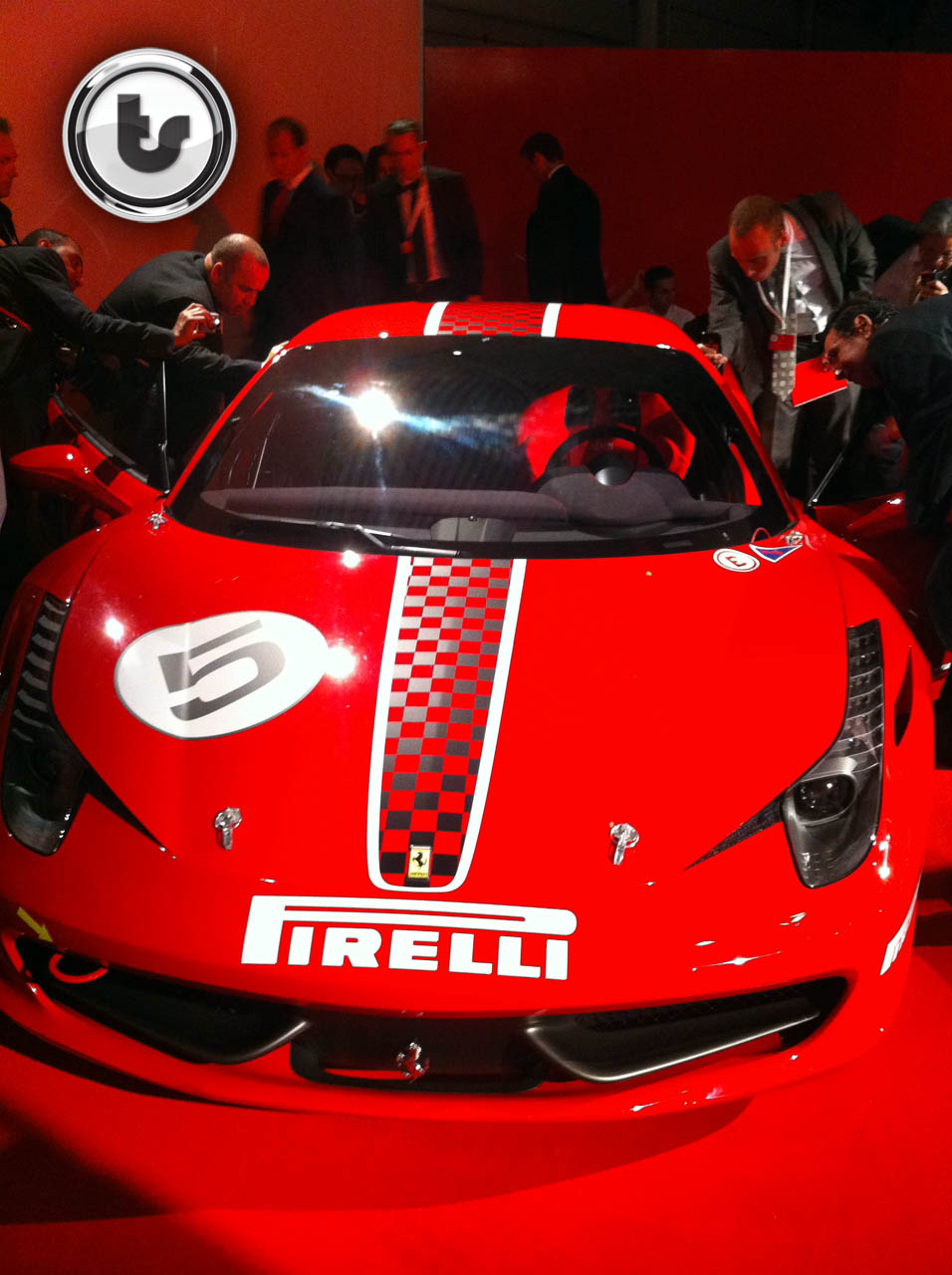 The Ferrari 458 Italia is a pretty amazing bit of machinery, with its greatness making it easier for us to accept that the F430 model is passing away. However, all the feelings and emotions generated by these two cars can be multiplied by a lot if we bring their competition versions into discussion.

And this is exactly what we’ll do. The F430 Challenge will retire to the awesome vehicles heaven, with its place being taken by the 458 Italia Challenge. However, in official terms, the motorsport-destined Ferrari 458 Italia is one of Italy’s best kept secrets, easily surpassing the Vatican’s ones from this point of view.

Well, the gates have been broken, as the first images of the car have leaked on the web. Published by a member of the Teamspeed Forum, the images show the racer in all its red glory. As expected, no tech info about the car is available at this time.

The exterior of the vehicle isn’t as different from the road car as we would’ve expected it to be. The hood has received a set of locks and an additional central air intake seems to have been incorporated into the front bumper, which also houses a signalized tow hook.

The most noticeable change at the rear of the car is the replacement of the triple exhausts with double ones. The rear bumper also incorporates a signaled tow hook.

The racing incarnation comes with a longitudinal decal, which uses a checkered pattern, as well as using other decals for sponsors and a racing number.

The true changes have taken place in the interior, with the vehicle being stripped and receiving special motorsport equipment such as a roll-cage, a racing seat, new instruments and a racing steering wheel.

We'll be back with new details (hopefully before they are available).