Tudor Rus
The number one unwritten rule in motorsports known by all petrolheads is that eventually, cars will crash. The causes can come in any shape, from a human error to a mechanical failure or weather conditions. Just ask Raikkonen and Alonso about it.
1 photo
Formula 1 is no stranger to car crashes, some with tragical endings being recorded throughout the competition's history. It happened again this weekend, as the incident involved two of the best F1 drivers out there: Kimi Raikkonen and Fernando Alonso.

But there's something eerie about this crash, that must have scared a lot of officials, team members, not to mention families and friends watching the Austrian GP last Sunday.

As Raikkonen was coming out of the second turn, he was crowded a little by the two Lotus cars ahead. As a result, he put a wheel off the track just past the 50-meter board. At this point, Alonso was closing in from behind. Raikkonen accelerated, but this F1 racer's tires couldn't provide sufficient grip, which translated into a loss of traction, causing the race car's rear end to slip.

Luckily, nobody was injured, and both pilots walked away from the incident like it never happened, except for a high pulse and a helluva scare, probably.

We have two videos shot from different angles, so that should be enough for you to get a full perspective on the crash. 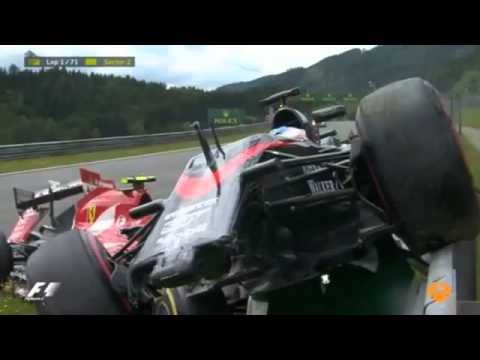 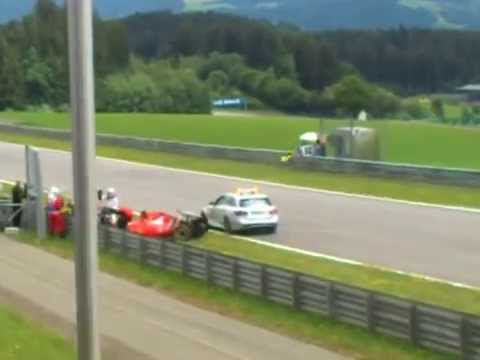