Fernando Alonso Gets a Maserati GranCabrio 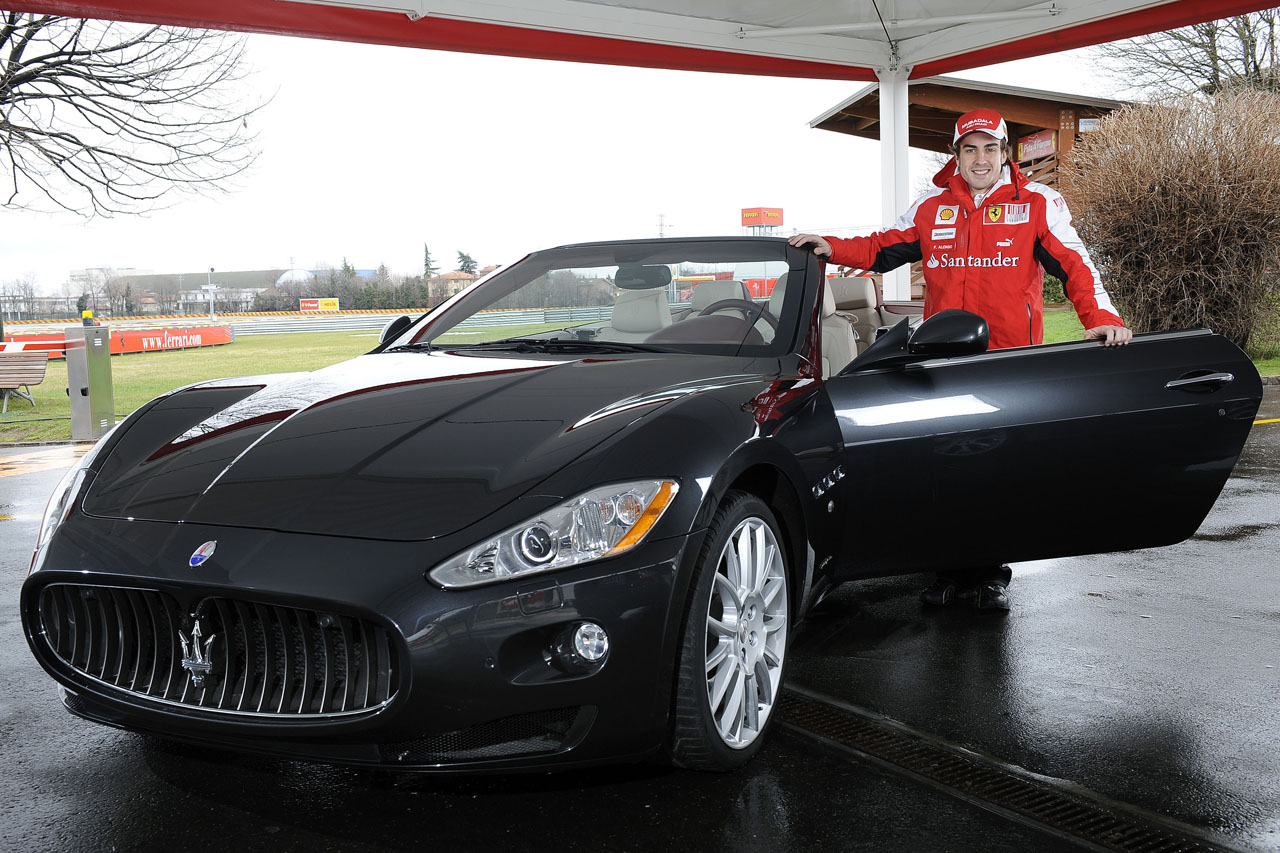 Fernando Alonso got used to extremely fast machines, as the two-time Formula One World Champion, now an official driver of Scuderia Ferrari Marlboro, has just shown in Fiorano his brand new Maserati GranCabrio.

Though you would expect that the F1 champion would get a Ferrari, Alonso chose the GranCabrio because it’s a very elegant car. The F1 driver didn't opt for a red one, but for a darker shade for the exterior in combination with two-tone upholstery for the interior. The color of the car’s body is called Grigio Granito, while the interior benefits from a combination of Pearl Beige and Bordeaux leather, matching a soft top of the same shade.

The GranCabrio, which is the convertible version of the Maserati GranTurismo, was launched at the Frankfurt Auto Show. The company's latest model features a fabric roof that brings the overall weight of the car close to 2 tonnes. It is powered by a 4.7-liter V8 engine that develops a maximum power of 440 hp. The car can go as high as 170 mph (270 km/h) and jumps from zero to sixty in 5.4 seconds. Moreover, it features a ZF automatic six-speed gearbox

The car still features a four-seat architecture and has the longest wheelbase in its class, according to a release rolled out by the parent company. There is also a four-piece leather luggage set available in addition to the options range, which fits perfectly into the boot. The trolley suitcases can be ordered individually and can also be fixed on the rear seats with a security belt (also, there is a leather cover to protect the seats).