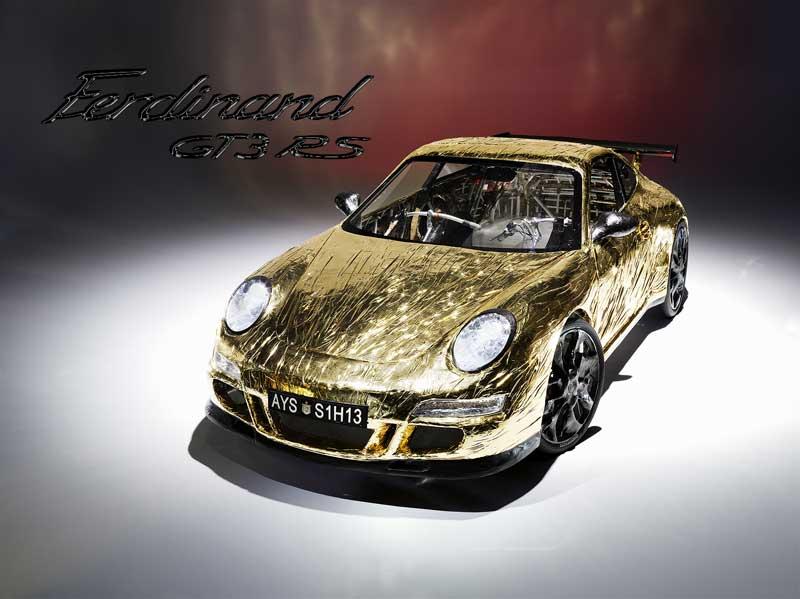 Here’s an interesting paradox: We can say that the Porsche 911 has remained in a way unchanged ever since it was created in 1964, but it is also true that the German carmaker has created an infinite number of versions for the coupe ever since.

These ranged from luxury incarnations to extreme racers like the 1996 911 GT1 racer, which didn't have many thing in common with the production version of the 996 generation it belonged to. Tuners took the game to a whole new level, giving birth to an entire population of extreme and exquisite 911s.

However, it seems that the world has never had enough of the rear-engined coupe, with one proof being the recent creation of the Ferdinand GT3 RS.

We are talking about an engine-less, and therefore emission-free, creation, which uses components from bicycles. a custom chassis an a body looking like that of the 997 generation 911 GT3 RS (the competition-inspired naturally aspirated version of the 997 911).

The creature tips the scales at 99,63 kg and uses a body made from plastic tubes and extra-slim competition bicycle rims. The vehicle’s “bling-bling” exterior is actually made of gold painted duct tape, which covers the plastic tube frame.

Yes, this DIY vehicle uses man power, pedal-power to be more precise. This makes it the world’s slowest running Porsche 911. It also comes with a totally unnecessary, generous rear spoiler an multiple air intakes in the front to keep the driver/motor from sweating.

The real thing can be “experienced” at the Lentos Museum of Art in Linz, Austria, with a presentation on a circuit drive available in the video below. You can follow the various stages of the vehicle’s construction in the gallery bellow.