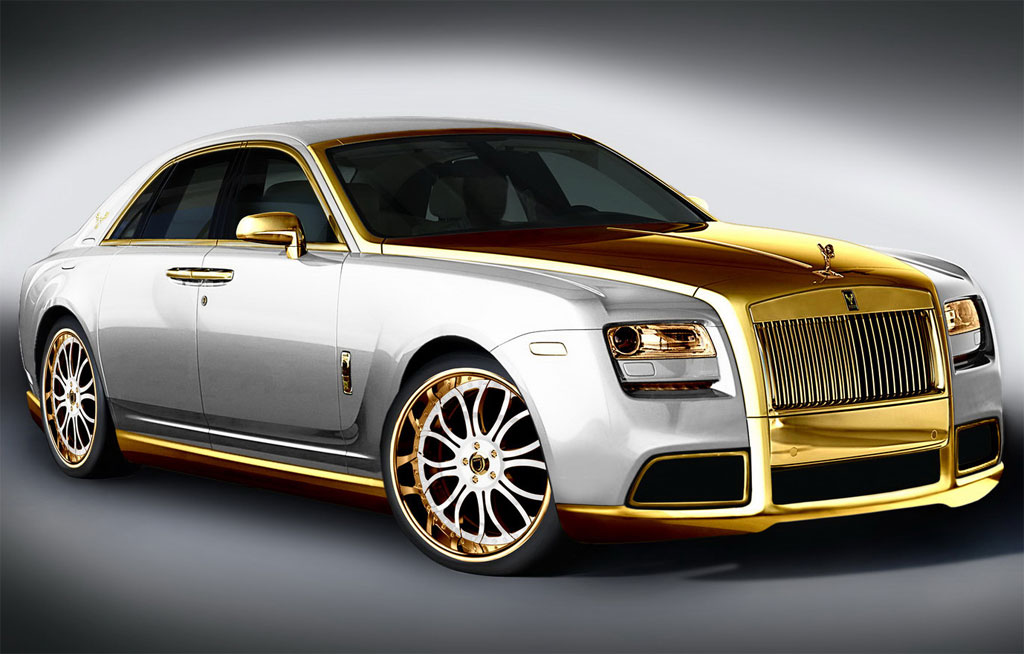 The Rolls Royce Ghost is a vehicle that offers a high level of exclusivity and can be customized to suit every customer’s needs.

However, this doesn’t mean that the vehicle isn’t targeted by various tuners, which aim to offer their version of the British saloon. One of these companies is Fenice Milano.

The same treatment has been used for the interior, where the tuner has installed real gold trimming on a multitude of elements, such as the steering wheel, dashboard and minibar. The Ghost also receives a tech upgrade. This means that the vehicle’s engine gets an ECU remap and a new exhaust, while the car uses a new suspension.

We’ll remind you that Rolls-Royce used the 2010 Paris Auto Show to introduce five bespoke models that were aimed at showing the level of customization offered for the company’s customers. The models also included two special incarnations of the Ghost.

The second model came dressed in Midnight Sapphire and used fleet blue seat piping, Spirit of Ecstasy inlay for the door cappings and treadplates similar to those featured on the aforementioned model.