Feng shui and a Ferrari 512 BBi 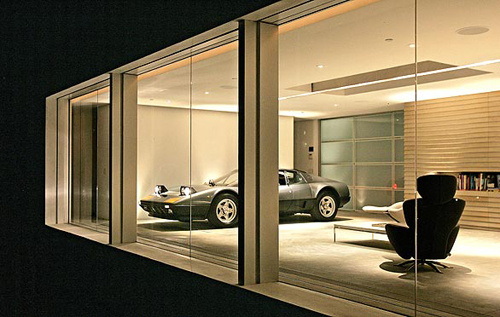 On my way to work I always pass by a monstrous construction which some people call contemporary art. It's actually a giant ball of wires and rusty metal, of which an avalanche of beer cans and soft drink bottles are hanging. On a billboard situated in front of this "statue", the city officials are explaining how I can recycle my garbage while making art. They also encourage me to express my creativity with whatever non-useful things I have at home. The object itself is depressing for me, but if it's actually waking up an emotion inside then it means it has reached its goal.

Some time ago, the city's outdoor fountains were colored with food additives in fuchsia, green and yellow. In other words, the paint normally used for coloring Easter eggs was being squirted from the sprinklers. There were 40 degrees Celsius (104 degrees Fahrenheit) outside and the violent smell of the paint mixing with the hot asphalt created an olfactory memory that will probably haunt me for the rest of my life.

A gentleman has arranged himself a personal parking space in front of the apartment building where I live. He did it with a streak of white paint simulating his car's outline, a twenty year old Toyota. On the said parking space he painted the word "NO", as in it's forbidden for anyone else to park there.

He is permanently monitoring the spot with a video camera installed on his balcony and if you dare to neglect the message he will be down in two minutes yelling at you to leave the premises, since it's a "specially arranged" parking spot.

Another gentleman, in search of a garage, has arranged a parking spot for his car – a Ferrari 512 BBi – in his own living room. To provide access he built a small suspended bridge in order to park his car at a superior floor, so that he can contemplate the contemporary work of art in his relaxation place.

Although it's generally known you can pretty much do whatever you want on your own private space, neighbors were outraged and demanded authorities to intervene in order for the "suspended bridge" not to disturb the neighborhood's architectonic balance. 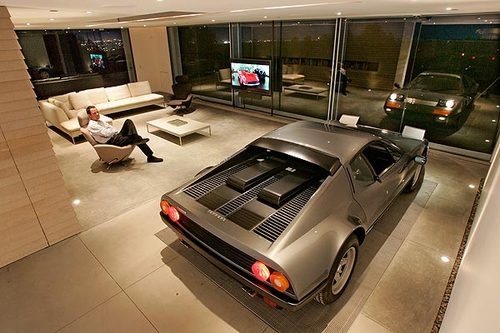 Any thing shown in a non-conformist way is automatically unique in contemporary culture. We dress ourselves in a worn-out armor from a theater's wardrobe and we call ourselves don Quixote, and that the result doesn't actually matter since the purpose is a noble and aesthetic one, which goes beyond the daily activities and hits our very soul.

We pretend to be fascinated by a ball of wires and rusty metal, we organize art galleries and we even erect museums for them, with entry tickets. I've always been scandalized by the people's hypocrisy at the sight of these horrors and I've recently learned a valuable and beautiful lesson which determined me to write about it. I assisted at a creativity class in a kindergarten. The learning material was very large and it consisted of huge piles of old and ripped clothing, buttons of different sizes and colors, cereal boxes, milk cartons and other junk like that.

The resulting work of art was supposed to be donated to a charitable auction, of course. The project's initiators didn't take into account one thing though. With all the press releases announcing the work of art, they didn't care to think about the children's honesty. In the children's minds, the "work of art" was nothing more than a scarecrow, which they donated to a farmer to display in his cherry orchard.