2 Elon Himself Is Approving Tuning on His Teslas, Is Even Excited by Some Tuners

Feel the Thrill of Pikes Peak Inside Unplugged Performance's Model 3

In case you missed it, Unplugged Performance is taking its tuned Tesla Model 3 to this year's Pikes Peak International Hill Climb to race in the exhibition class.
1 photo
The vehicle is wearing the company's Ascension-R complete car package which it plans to sell right after its hopefully successful participation in the world's most famous hill climbing competition. That means the Model 3 that Randy Pobst is driving is completely road legal, even though Pikes Peak regulations meant that they had to remove all of its interior and fit a sturdy roll cage. With 156 turns to clear and almost every one of them ending in a sharp fall, that sounds like a very good idea indeed.

The team is there essentially to promote its package, and it looks like it's doing a mighty good job of it. It's only the first qualifying session so it's too early to draw any conclusions, but the fact is the Unplugged Performance Model 3 jumped straight into the first position after its very first run and didn't lose the spot for the rest of the day.

Described as "our Tesla Model 3 based answer to the Porsche GT3 RS," the Ascension-R package is going to cost a minimum of $35,000 and consists of a long list of upgrades that focus on the Model 3's suspension, brakes, and aerodynamics, plus a very important interior upgrade as well: a set of racing bucket seats with FIA-grade racing harnesses.

During the first run, Randy was supposed to take it slowly and assess the vehicle's setup while conserving the battery for the all-important second run. Shortly into the climb, though, Randy realized the Model 3 needed very little tinkering with, so he went for it. He got a time of 4:15, which was 23 seconds quicker than second place (also a Tesla Model 3)

After a bit of fine-tuning, they went for the second attempt. With more knowledge of the car and a slightly improved setup, Randy managed to cut three seconds off the initial time, which was enough to secure the top spot for the day. You can watch the onboard video from that second run below. The second video is Randy going up the track at a leisurely pace explaining every turn and how best to tackle it in a Tesla Model 3. It's clear which is more exciting, not so much which is more interesting. 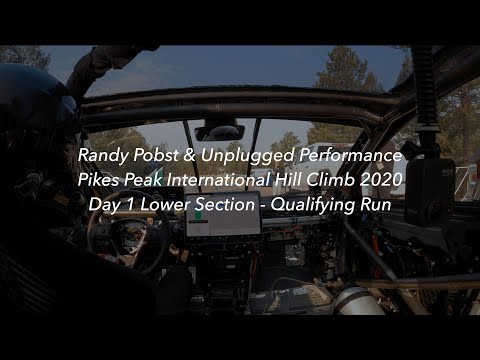 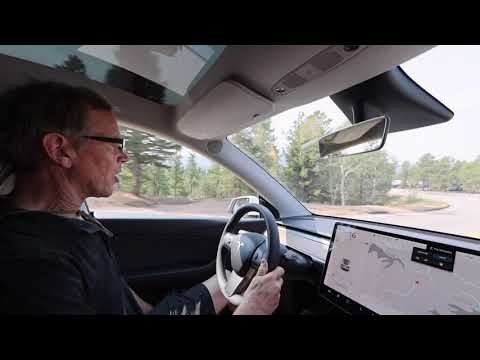