4 T-Pain Goes Drifting at the RTR Labs, It's Not His First Rodeo

Another epic Formula Drift weekend has come to an end as teams wave goodbye to the fans and venue in New Jersey. After three intense days of sideways action, we now know who the winners of Round 4 of the Pro Series and Round 2 of the Prospec series are. As it often happens in drifting, the outcome is quite unexpected! With that in mind, some changes in the overall series rankings have occurred as well.

During the first two days in New Jersey, all drivers had to go through the qualifying session. With Brian Eggert, Chris Uhl, and Robbie Nishida in the judging booth, everyone was aiming to secure a spot in the Top 32 battles. Some didn't make it, but that's just part of the game.

In Prospec, Tommy Lemaire was the top qualifier, with Dmitriy Brutskiy and Alex Jagger hot on his tracks in second and third overall. Looking at the Pro Series, Chelsea Denofa secured a P1 finish in the RTR Mustang, with Michael Essa and Dylan Hughes breathing down his neck.

But the most impressive part of any drift event had yet to come at that point. Tandem battles are the main attraction, as that's where you get to see some genuine door-to-door, sideways action. The Prospec drivers were on first, and their Friday challenge had them fighting for a spot in the Top 16.

Tommy Lemaire was lucky enough to have a bye run, so no stress for him there. Round 1 winner Andy Hateley managed to win his battle against Jack Davis, and there was even a bit of contact between them during one of the runs.

Both Ben Hobson and Evan Bogovich moved on to the Top 16 as well, proving that their Orlando podium finish was no accident. Amanda Sorensen and Kelsey Rowlings also put on a strong performance in their first battles, and that allowed them to advance to the next stage of the competition.

The Top 16 tandem runs started early Saturday morning. 2021 Prospec Champion Dmitriy Brutskiy was the man to watch as he plowed through the competition in the quest for victory.

Robert Thorne is a prime example that moving from GT Racing to drifting is not an impossible task, as he took P2 in his second-ever Prospec event. What's even more impressive is that he is currently leading the Prospec championship, with a total of 171 points. Tommy Lemaire fought through a series of mechanical problems, and that led to his first podium of the 2022 season.

Andy Hateley was poised with engine problems, and he is now third overall in the Prospec rankings. Ben Hobson was stopped in his tracks in the Top 8, but he is still three points ahead of Hateley on the scoreboard.

With the Prospec concluding, fans turned their attention to the ProSeries. Going into this race, we predicted that Aasbo, Tuerck, Field, and Forsberg would make their way to the Top 4.

But being able to figure out the outcome of a drift event is even more difficult than it is to do with a Formula 1 race. The Pro Series battles took almost six hours for a winner to be decided, but you can, of course,choose to watch any part of the live stream as you see fit.

Chelsea Denofa made his way to the Top 8 after defeating Alec Robbins and then Wataru Masuyama. Fredric Aasbo won his battles against Simen Olsen and Aurimas Backchis, which means our prediction for the Top 8 battle was at least partly accurate. With Chelsea driving a 1,111-hp Mustang and Fredric behind the wheel of a 1,095-hp GR Supra, this was going to be a tough battle for sure.

If you'd like to see this particular tandem, skip to 4 hours and 35 minutes into the live stream. While fans were hoping that the judges would call for a One More Time, the decision was unanimous: Denofa would advance to the Top 4!

On the bottom half of the left bracket, 29-years-old Travis Reeder from Washington seemed to be unstoppable. He won against Nick Noback and Kazuya Taguchi, but few expected him to be successful against Ryan Tuerck in the Top 8. That didn't stop him from trying, and he even managed to win against Denofa in the Top 4.

As per our prediction, Matt Field also won his first three tandem battles. Forsberg took out Adam LZ in the Top 32, only to lose against Justin Pawlak in the Top 16. But Pawlak's charge was halted by Rome Charpentier later on in the Top 8.

Charpentier is the 2019 Pro2 rookie of the year, and he needed four runs to win against Matt Field. At this point, Chelsea Denofa had secured third place on the podium, but there was still one more battle to go.

It felt a bit strange seeing two BMWs lining up for the last race of the weekend, even more so seeing that neither of the two drivers has ever gone so far in the Pro championship before. Charpentier had to deal with both mechanical issues and a highly-determined opponent. Ultimately, Reeder secured his maiden Formula Drift Pro round win.

As of now, Matt Field is leading the 2022 championship with a total of 335 points. The top 8 drivers are within an interval of fewer than 90 points apart, with Dylan Hughes and Travis Reeder tied at 255 points.

The next race of the season is scheduled to take place between the 14th and 16th of July in Saint Louis, Missouri. But there are still three more events to go after that until we get to know who will secure the 2022 Formula Drift ProSeries Title. 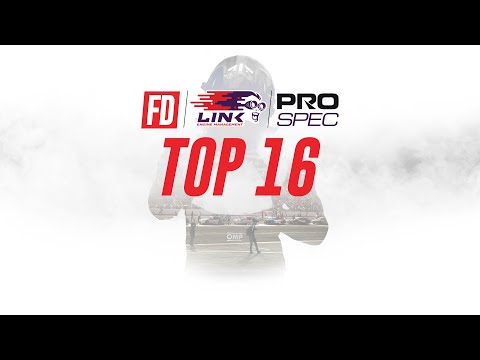 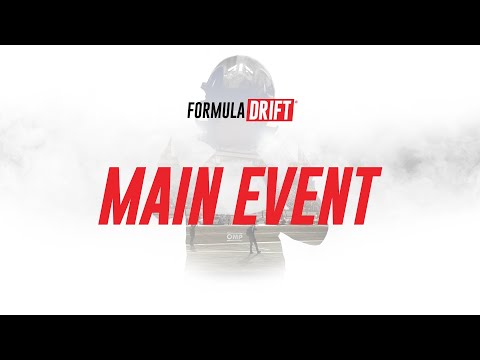