2 How to Steal a Ferrari, the Tunisian Way 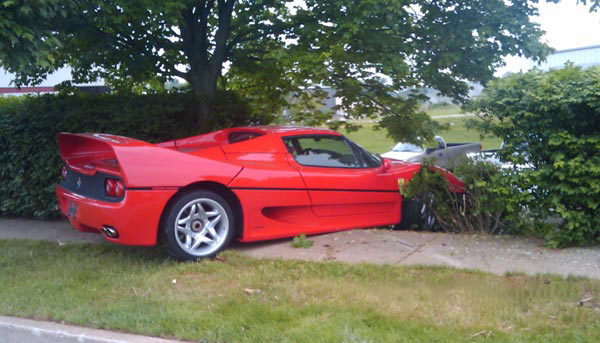 The days of playing around with other people's belongings for the Federal Bureau of Investigations (FBI) are over, should an insurer currently suing the bureau have it its way. And because the court might ban the FBI from doing that, but because that play might be too costly.

The whole story goes a bit like this: back in September 2003, a Ferrari F50 was stolen from a Ferrari dealership in Rosemont, Pennsylvania. Having virtually no hopes of finding the vehicle, the owner of the dealership went to Motors Insurance Corp. and asked for the money on the insurance. Which he got.

Five years later, somewhere in Kentucky, the FBI was able to recover the vehicle, in amazingly good condition. While the suspect was being processed and the charges put together, the F50 was stored in an FBI garage.

For some reason (an undisclosed reason, as the insurance company claims), in 2009, the FBI placed one of its agents, FBI Special Agent Frederick Kingston, behind the wheel of the F50 and sent him on his way. Unfortunately, right in his path laid a tree, which the agent, probably used to driving Fords and Chevys, was unable to avoid. The result was one fine F50 mess. (According to DetNews, citing the suit filed by the insurer, the crash happened seconds after the car left the FBI garage).

Now, the insurer that paid the original owner of the vehicle wants its money back. For that, it filed a lawsuit against the bureau, asking it for no less than $750,000. At the same time, the insurer also wants to know how the Ferrari ended up going head to head against a tree.