3 Motion-B E-Bike Is About Looks and Innovation, Features a Patented Rear Suspension System

4 Himiway's New e-Bikes Are Inspired by the Animal Kingdom, Offer Ranges of Up to 80 Miles

5 Juiced Bikes Gives Us a Closer Look at Its New Envy-Inducing E-Bike, a Must-Have in 2022
Coverstory

Fat-Tire TerraVelo Wants to Be the Ideal E-Bike, Comes With a Competitive Battery

Cristina Mircea
Disappointed by current options on the market and aiming to create the ideal e-bike, this guy teamed up with a Chinese factory to build TerraVelo, a solid choice for both off-road and urban rides, boasting an impressive range and long-lasting battery.
7 photos

His name is Alex Gradea and he’s from Romania, but the TerraVelo has been developed with help from the far east. In a few words, the goal was to create an e-bike with a more solid configuration than most options on the market today, as many of them are either poorly built or leave room for improvement, especially in terms of battery.

The bike tries to check all the important boxes manufacturers should consider when building an electric bicycle. TerraVelo is foldable, equipped with fat tires that make it stable and suitable for pretty much any terrain, includes a 7-speed gear, full front and back suspension, and hydraulic brakes. It also includes a rear rack. Nothing out of the ordinary so far.

But when it comes to the battery powering this two-wheeler, the TerraVelo boasts a 756 Wh (14,000 mAh) battery with original LG cells, which, according to the manufacturer, have an improved lifespan, lasting twice as much as regular batteries. The bike claims to offer a range of up to 150 km (93 miles) on a charge with pedal assist and up to 95 km (approximately 60 miles) with throttle only.

In testing for six months, the TerraVelo is now production-ready and is seeking funding on Indiegogo. You can get one at a starting price of approximately $1,040 (€920), with the deliveries being scheduled to begin in March. 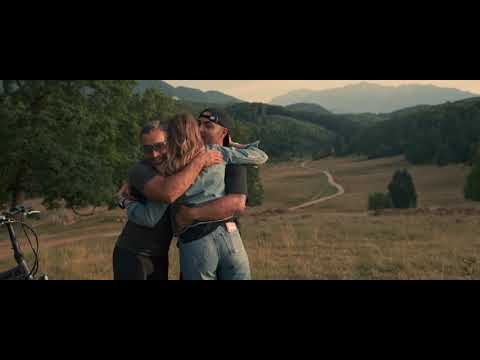