The Autonomous Challenge race that took place in January 2022, which was part of this year’s Consumer Electronics Show (CES), had all competing teams racing the same kind of vehicle, the Dallara AV-21, touted as the most advanced autonomous racecar. Now, a few months later, PoliMOVE, which represents the Milan Polytechnic University and the University of Alabama, programmed the “fastest autonomous racecar in the world” and managed to set another world record.

It all happened at the historic Kennedy Space Center, where the Dallara AV-21 reached a top speed of no less than 192.2 mph (309.3 kph) during some test runs. Compared to previous models of the vehicle, this one received an upgrade in the engine package, making the car able to deliver 30 percent more horsepower. Before the upgrade, the engine delivered 449 hp. All the vehicles involved in the autonomous race will be fitted with the new and improved engine moving forward.

Operating on algorithms alone, the four-wheeled rocket is packed with LiDAR sensors meant to provide 360-degree long-range sensing, with cameras, actuators for autonomous driving, and features a 4-cylinder turbo engine. Precision is paramount when it comes to such vehicles, with no small prediction errors being allowed.

The new world record is reason enough for the PoliMOVE team to be proud of itself, but those tests and all the gathered data are also meant to help the entire industry benefit from the learnings, as explained by Prof. Sergio Savaresi, team lead of Politecnico di Milano. In fact, the whole point of these autonomous races is to solve real world problems by speeding up the commercialization of fully autonomous vehicles.

You can see the upgraded Dallara AV-21 reaching the insane speed in the video below. 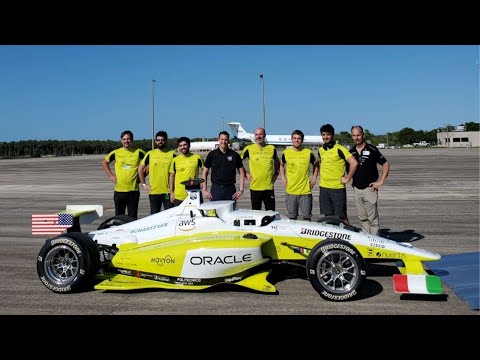