As far as prized Corvettes go, a few versions easily stand out in any collector crowd, such as the L88s. But aficionados know very well there’s yet another exotic that’s even more valuable—the 1963 C2 Corvette Grand Sport Duntov built as a lightweight secret project.
31 photos

Because just five units were created (all of them survived to this day and hide in collector troves), this Corvette has since been replicated by various companies such as Mongoose Motorsports, a GM licensed manufacturer. That means the Mongoose ‘63 Corvette is a professional creation, and it can even be had for less than $100k, according to the Ohio-based specialist shop.

Still, we have a feeling this particular unit that’s up for grabs at an upcoming auction hosted by Volo Cars between April 14th and 21st is going to fetch a sum that’s a bit higher in the six-figure range. After all, it comes with very special pedigree because it’s one of the Moongoose ‘Vettes purposely built for that crazy train heist scene from Fast Five.

As one may remember, Dominic “Dom” Toretto (Vin Diesel), along with Brian O’Conner (Paul Walker) and the crew, decided to snatch it from a moving train, ultimately delivering the movie’s costliest single scene as the scenario called for a spectacular crash from high altitude.

Of course, this is just one of the reported 12 movie cars, of which only three survive today. According to the consigner, it’s also the best-looking since it wasn’t used for actual stunts and instead dubbed as the green-screen car. The pictures provided by the seller (tucked in the gallery above) speak a thousand words about the way it was used and (fortunately) not abused.

Based on the provided description, this car spent a lot of time alongside Vin Diesel and the dearly departed Paul Walker. After filming wrapped it ended up in the private collection of the blockbuster’s transportation coordinator. From there, it was acquired by Volo Cars and will soon go up for grabs featuring a bespoke tubular chassis with C4 suspension, GM crate engine under the hood packing 380 horsepower, and 17-inch PS Engineering alloys. 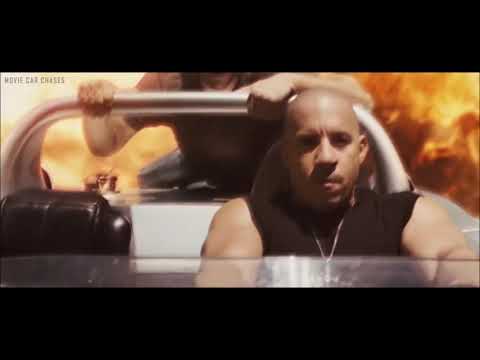