4 Fast and Furios: Fast Five with Diesel, Walker Comes in 2011
Up Next

2011 Victory Motorcycles Go Down Under 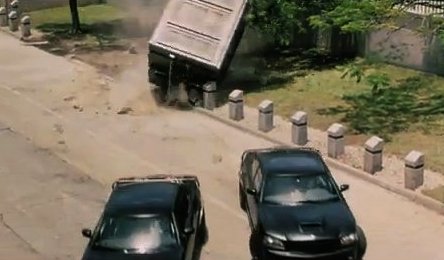 Before you skip this entire text and jump to the video below, we should warn you that what you're about to see might spoil some of the expectations you had for the movie. We won't go into the details, 'cause we're sure those who know a thing or two about the fifth installment of the franchise will immediately pick up on the strange alliance between the main characters.

This Friday, April 29, Fast and Furious Fast Five will hit the theaters, packed with promises to be the most intensive action-style scenes we've seen yet. Scenes that have been made possible, of course, by the new car models that have been launched since the first movie.

American manufacturers will get a much-needed exposure in this movie, and it was only natural for the studio behind the film, Universal, to try and get as much exposure for these car makers as possible. The French division of the studio released last week a very interesting chase scene which takes place on the streets of Rio, along with some other scenes that can be found on its Youtube channel.

As for the movie itself, the story picks up where the fourth installment left off. Dominic (Diesel) was handed a "25 years to life without the possibility of early parole" sentence, while Brian (Walker), Mia, Tego, and Rico were seen racing towards the prison bus on which Dom was transported to Lompoc.

Having, apparently, managed to free him, the reunited crew find themselves chased by both good and bad guys, as they try to pull off one more job before disappearing forever.