2 Faraday Future Teases Ideal World with No Pollution from Cars

Faraday Future Teases Production Line, Might Have a Five-Car Lineup

Faraday Future, the American start-up automaker funded by a Chinese billionaire, has published a teaser video of its upcoming range.
1 photo
It appears that the company plans a crossover, a large SUV, an SUV with coupe design influences, and a sports car. As the video’s title (Variable Platform Architecture) suggests, the potential five-car lineup is just an aim, but the carmaker has big plans, and it would be too early to say they will not succeed.

The only car showcased by Faraday Future is a sports car called the FFZero1, unveiled at this year’s Consumer Electronics Show. While the single-seater is just a concept, the technology featured on it would come to the upcoming range.

Since the carmaker prides itself on this new platform, they might use it to make several models which would share components. The idea of a common module architecture is not revolutionary in the automotive industry, as several other traditional carmakers introduced this plan years ago.

Plans of the same carmakers involve sharing platforms and components between cars to save money on development and production.

The common modular architecture is a great idea until something goes wrong on the production line. In the case of design or fabrication flaws, the carmaker will have to recall all of the affected units.

In the hypothetical case of a carmaker that sells several cars based on a single platform, there is a chance that automaker will have to recall its entire production if they find something went wrong in the manufacturing process of those units.

Faraday Future is in the first phases of their design process, as they have recently announced they were awarded their first US patent at the beginning of March. The first thing Faraday Future patented was an “FF Echelon Inverter.” The term describes a small box that plans to help revolutionize a key component of electric vehicles. 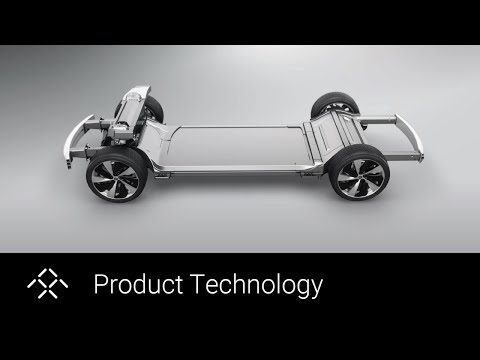