3 BMW 5 Series E60 Gets De-Bangle-Ized, Literally Puts Its Money Where Its Mouth Is

4 “Carpet” Is the World’s Softest and Most Popular Car: A Lada Wrapped in Persian Rugs

5 SNL Rips Into Jeff Bezos and the Ridiculous Billionaire Space Race
Car video reviews:
Up Next

When She's Not Driving Cars From $5 Million Collection, Kylie Jenner Gets a Tractor Ride

By definition, a hot tub should not move but, in reality, there are at least a handful of famous examples of hot tubs on wheels. The Music City Party Tub is one of them, though probably not for long.
6 photos

The Music City Party Tub is a hot tub party bus and one of the biggest attractions in Nashville, Tennessee, U.S. It’s basically a trailer with a roof and protective panels, tables and seating, and a hot tub inside, with enough space to hold a party of about a dozen people in comfort. It’s an alternative to a regular party bus or one of those outrageous limo rentals for bachelor and bachelorette parties, and it includes the services of a DJ and bartender, and photographer.

According to the state’s health department, it’s also a public pool and, as one, it lacks permits. Authorities have filed a lawsuit against the operator of the hot tub party bus, alleging failure to comply with the request to file for public party permits, The Tennessean reports. In other words, in order to haul the trailer around town, with people inside the hot tub, the operator needs a permit to operate a public pool.

As per documents published by the publication, the owner of the business went to the health department on his own in August 2019, sometime after launching the business. An inspection of the trailer informed him he needed to seek a permit as a public pool, but he never followed on the recommendations. In September 2020, authorities pulled over the trailer and warned the owner that he was in violation of regulations, because of the – you guessed it – missing public pool permit.

Despite the warning, the party bus is still in service and still bookable throughout the month of November. Perhaps just as worse, the business is not licensed and registered in the state.

The hot tub party bus was inaugurated in 2019 and was widely covered by both national and international media. It was never as famous as, say, the record-breaking Carpool DeVille, but it is still pretty well-known. For a public pool on wheels, that is. 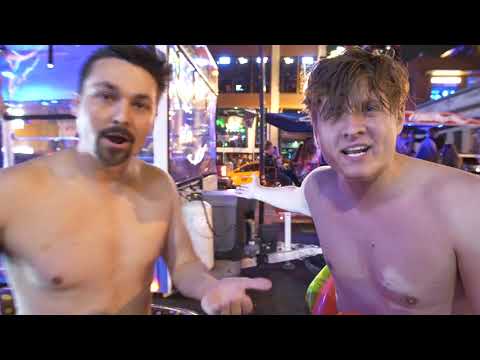