Hardcore Formula 1 fans will tell you that Drive to Survive is just a Hollywood-esque portrayal of what goes on in their favorite sport year by year. But the Netflix series did wonders in bringing back some of the older fans who had stopped watching F1, and it also attracted some people that are completely new to the phenomenon. Why did certain fans choose to step away from it all, though?

One of the most frequent answers you'll hear is related to what's underneath the body of an F1 car. Since the first race in 1947, the rules have changed quite often. And so teams that wanted to stay in the series had to adapt.

That meant switching setup every few years, all while trying to find the solution that would lead them to victory. And it all seems to be rather cyclical if you think of it. In the early days, F1 cars used either a naturally-aspirated 4.5-liter engine or a 1.5-liter supercharged one.

Some fans will tell you that the '80s were the best times for F1 racing, and rally fans might agree with that statement as well. The turbo era saw teams going up to as much as 1,500 hp, even though they were using small-displacement engines.

After turbochargers were banned, we saw different setups, including V8, V10, and V12 configurations. While these vehicles did not have as much power as their predecessors, the sound they made was seemingly out of this world.

For 1995, teams would switch to the 3.0-liter formula with performance figures ranging from 600 hp to 1,000 hp. While some chose to develop V8 and V12 solutions, the V10 setup was still the most popular one.

It didn't take long for this approach to become mandatory for all teams, and those were also some amazing years for the sport. Starting in 2006, it all changed once again. Moving away from the 3.0-liter V10, drivers would now compete in cars powered by 2.4-liter V8 engines.

And that was the case between 2006 to 2013, right before the switch to the hybrid era. And the new cars just didn't sound exciting enough. They might be slighter better these days, but they don't come close to the old V10s and V12s.

Looking at the last season for the V8, Sebastian Vettel won the World Title for Red Bull Racing. The gap between him and Ferrari's Fernando Alonso was huge: 155 points! The RB9 chassis was fitted with a Renault RS27-2013 engine that year, while the F138 made use of a Ferrari Type 056 unit.

And today, we'd like to look at the differences between the F138 and the modern-day F1-75 that Charles Leclerc and Carlos Sainz are driving in. The old 2.4-liter V8 had an output of between 700 hp to 800 hp, with a weight of 1,415 lbs (driver, water, and lubricant included).

The engine was probably the most complex one to be used in the V8 era, as it also had the Kinetic Energy Recovery System (KERS) onboard. But it's also almost a decade behind the new turbocharged 1.6-liter V6 hybrid.

These days, F1 cars are probably pushing around 1,000 hp to the rear wheels, all while weighing 1,753 lbs (795 kg). But how does information translate to lap times? Well, we can first look at the current series rankings.

With six more races to go, Charles Leclerc is in P2, behind Max Verstappen. They are 116 points apart, and it almost feels like history is repeating itself. Looking at the Australian Grand Prix, the track was 0.015 miles (0.024 km) longer in 2013. It also rained during qualifying.

The fastest F138 of that session was the one driven by Felipe Massa, who set a fast lap of 1:28.490. Fast forward to 2022, Leclerc took pole position with 1:17.868. The length of the track in Bahrain has remained unchanged looking at the two different racing seasons. Fernando Alonso got P3 for Ferrari in qualifying, stopping the watch at 1:32.667.

Leclerc scored another pole in Bahrain this year, with a fast lap of 1:30.558. So the gap between the two cars and drivers is of 2.109 seconds. Of course, it doesn't all boil down to how fast the car is. You have to consider the human factor, the weather, and the driving surface as well.

Leclerc improved that performance by 2.468 seconds, scoring yet another P1 finish. Consider the Monaco Grand Prix: the layout is just 0.06 (0.09 km) miles shorter this year than it was previously. Alonso's time of 1:14.824 would have put him in P19 this season. Meanwhile, both Leclerc and Sainz are now over 3.2 seconds faster than their predecessor was.

That might not sound like much to someone who isn't used to following F1 but consider this: the difference between Leclerc (P1) and Schumacher (P15) in qualifying in Monaco was 1.705 seconds. So in the world of Formula 1, 3 seconds will feel like an eternity when you're going at speeds of over 200 mph (321 kph).

To sum up, the results for both cars would reveal further information on how things have changed for Ferrari over the past 10 years. The F138 chassis took part in 19 races and scored two victories, 10 podiums, and zero poles. It did, however, get bonus points for the fastest lap on two occasions.

The F1-75 has a small handicap here, as it has only been involved in 16 events so far. Even so, it has registered four victories, 14 podiums, and 10 poles. Add the fact that it scored the fastest lap in five different events, and you have a slightly more complete picture to look at.

Scuderia Ferrari fans have had big hopes this season that their favorites would claim the World Championship. And while everyone misses the screaming sounds of the V8 era, the new F1-75 has proven to be a much faster machine overall than its predecessor. 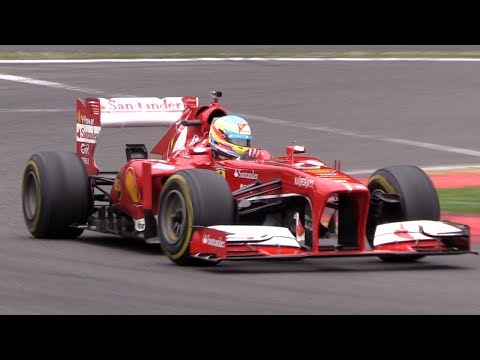 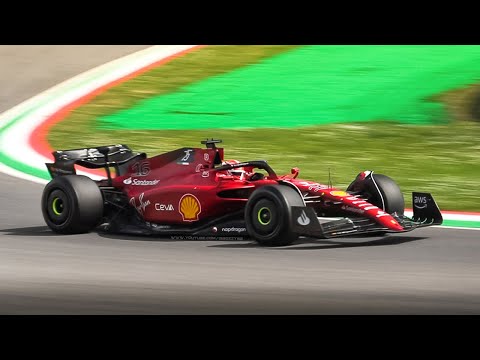