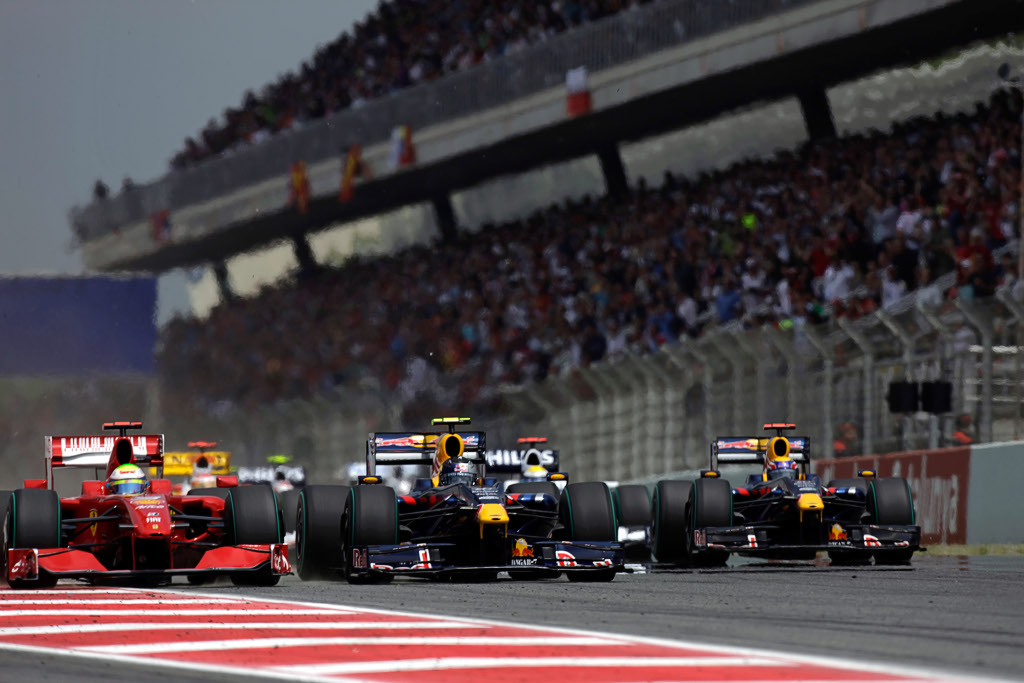 The economic crisis that also affected the sport of Formula One was confirmed these days by a report issued by Formula Money, and cited by ESPN F1. In it, it appears that the organization bossed by the 79-year old Bernie Ecclestone has registered profits with $200 million in decline as compared to the 2008 season of Formula One.

Although Ecclestone proudly took care of a $4.6 billion figure in profits for the 2009 season, the sum is still some $200 million short of what the Formula One Management used to make a year before. And, considering that the series has managed to cut expenditures by no less than $500 million over the course of last year, we can logically say that Formula One has made a step backwards (financially speaking).

According to the aforementioned report, the main cause of the profits' drop was the disappearance of one major constructor, namely Honda. The Japanese manufacturer announced its withdrawal from the sport at the end of 2008 (December), costing the Great Circle a massive $350 million worth of investment.

Consequently, a number of sponsors either left, or cut down on their teams' commitments inside the sport. Otherwise, one cannot explain the drop in teams' sponsorship revenues of no less than 8%, from $836.9 million to $770.75 million.

One thing that did suffered a boost inside F1 was the hosting fees for the 17 rounds on the 2009 schedule, the growth of 11% being mostly attributed to the inclusion of the wealthy Abu Dhabi Grand Prix on the F1 map. From race fees alone, Ecclestone secured no less than $448 million throughout 2009, although the calendar feature one race less than in 2008.

Some other areas in which Ecclestone tackled the loss of constructors and team sponsors was championship's sponsorship deals with LG Electronics and Universal Music (79 percent increase), while there were also the TV rights revenues (18 percent).