5 Ferrari Won’t Bring Any Major Upgrades to Imola Because of Sprint Race Format
Car video reviews:
Up Next

Home > News > Videogames
21 Apr 2022, 15:31 UTC ·
by Cosmin Vasile
Developer Codemasters and publisher Electronics Arts (EA) have just revealed the next entry in the Formula 1 series of racing games launches on July 1, 2022. The studio that worked on the previous F1 game promises the biggest shake-up for over a decade, as players will take their seats for the 2022 FIA Formula One World Championship in new hybrid cars.
6 photos

Furthermore, overhauled rules reimagine the race weekend with the inclusion of F1 Sprint races. F1 22 will also bring a more competitive and unpredictable line-up, so players can test their skills across the 2022 calendar, including the International Autodrome for the inaugural Miami Grand Prix.

F1 22 marks a first for the series too, as players can step into the world of Formula 1 with F1 Life, a customizable hub where they can show off their collection of supercars, clothing, and accessories, earned via gameplay, Podium Pass, and the in-game brand store.

Additionally, Codemasters announced that new and casual fans will find the upcoming game easy to pick up thanks to the new Adaptive AI, which has been specifically designed to keep less experienced players competitive throughout each race, with opposing AI racers tailored to match the skill level.

Also, accessible menus and handling are making a comeback too in order to help players get to the action quickly without the need to understand the complexities of the sport. The Practice Programs have been redesigned as well to offer more variety with new scoring systems and on-track visualizations, which should help players navigate each track to perfection before racing championship points.

F1 22 features enhancements to returning features, including My Team, which allows players to choose their starting budget based on three entry points: Newcomer, Challenger, and Front Runner. Not to mention that the game will include real-life track updates to Australia, Spain, and Abu Dhabi tracks to reflect recent changes.

Last but not least, F1 22 will include its critically acclaimed 10-year Career, complete with a two-player option, and Multiplayer. Apart from the standard version, players can pre-order the Champions Edition, which includes three days early access and a time-limited Miami-inspired content pack. 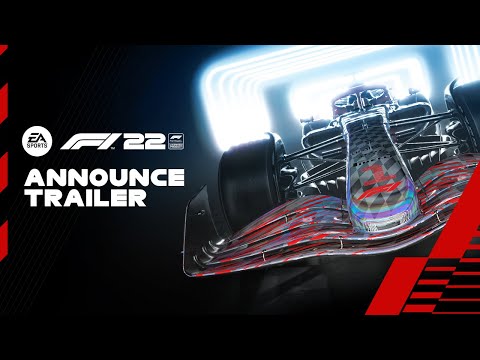