3 F1 22 Is Officially Live, and We Get To Drive Alongside Charles Leclerc in a Ferrari Roma

5 F1 22 Announces Updates to Three Circuits to Make Them More Authentic
Car video reviews:
Up Next

Home > News > Videogames
1 Aug 2022, 21:11 UTC ·
by Cosmin Vasile
One of the best games in the F1 series, this year’s installment is getting new content that you don’t even need to pay for if you already own the game. Among the most iconic tracks in the Formula One competition, the Autodromo Internacional do Algarve, also known as Portimao, will be added to F1 22 on August 2.
7 photos

Codemasters and EA announced today that a free circuit update will be available to download on all supported platforms. Thanks to the new update, players will be able to re-live the historic track through F1 22 footage captured using back-to-back Formula 1 Grande Premio de Portugal winner Lewis Hamilton in this year’s W13 car.

“We know our players love the thrill of competing on more circuits, and they don’t get much better than Portimao. Portimao is highly revered with a proud history, and our players will love the challenge of taking the 2022-designed cars onto the hallowed circuit for the first time,” said Lee Mather, F1 Senior Creative Director at Codemasters.

For those who just came back to the Formula 1, Portimao, the new track added today to the F1 22 game, has only just returned to the Formula 1 calendar for the 2020 and 2021 seasons as part of the revised F1 calendars.

Of course, as many of you remember, Lewis Hamilton and Mercedes dominated both years, taking victory, with then-teammate Valtteri Bottas claiming second and third place, respectively. The sharp descent before a final right turn and full-throttle to the finish line is what makes Portimao, an otherwise 4.684 km undulating circuit, famous among Formula One fans.

In related news, Codemasters teased the next major update for F1 22, which is set to arrive on September 12. The update will bring another free circuit to the game, China’s Shanghai International Circuit. 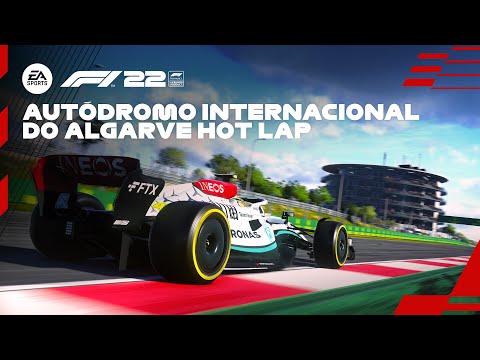