3 GoPro Omni Synchronized 6-Camera Array Takes Action to the Next Level for $5,400

The 360fly single-lens stitchless 360-degree action camera will be a part of the 2016 edition of the Isle of Man TT, and thanks to it, viewers from around the world will be able to experience the Tourist Trophy in ways few people anticipated only years ago.
1 photo
Below you can have a go at some Snaefell on-road action recorded by a 360fly mounted on Ian Hutchinson's Tyco BMW S1000RR. With the weather in Manx not being in the most camera-friendly mood during Hutchinson's test ride, the whole picture looks a bit grim, albeit being shot in FullHD.

However, things are only going to get better as 360fly informs us that, for the Isle of Man TT 2016 races, they will be using 4K cameras on the selected motorcycles. With 4K slowly becoming more of a standard when it comes to breathtaking action videos, we're eager to see how life looks from behind the bars of a TT bike during an actual race.

Fans who can't make it to the Isle of Man will be able to watch the live streams via the Livit platform and the content being distributed through Isle of Man TT's social channels. "Content from the race paddock, rider pressroom, VIP hospitality, and grandstand activation area, as well as on-bike footage from competing riders will be available on YouTube and Facebook. Additionally, 360fly will be live streaming from the race paddock and rider pressroom. Fans can download the free Livit Now mobile app on iOS or Android and follow @360fly," the camera maker informs us.

360fly has also signed a contract with the 2015 MotoGP World Champion and Yamaha rider Jorge Lorenzo, and we can also expect interesting footage from the premier class track and Lorenzo's different training sessions.

A company specializing in consumer-level and budget-friendly 360-degree video, 360fly aims at popularizing this new type of video experience among not-yet-professional users. Even more, thanks to the intuitive mobile app, shooting, editing and sharing 360-degree videos taken with the 360fly is now easier than ever.

Talking about the partnership with the Isle of Man TT, 360fly CEO Peter Adderton says, "Isle of Man TT is an incredible event that the vast majority of race fans are unable to attend due to its secluded location. The ability to not only track rider perspectives, but also pan in 360-degrees across the Island’s breathtaking terrain, will bring an entirely new dimension to how fans experience this unparalleled racing event." 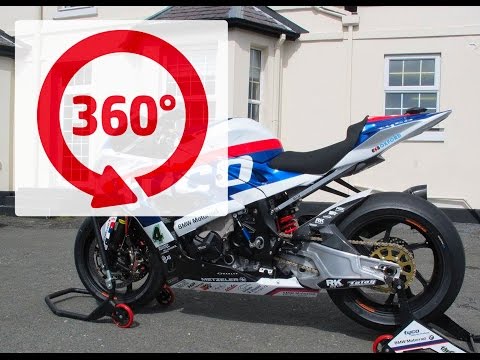