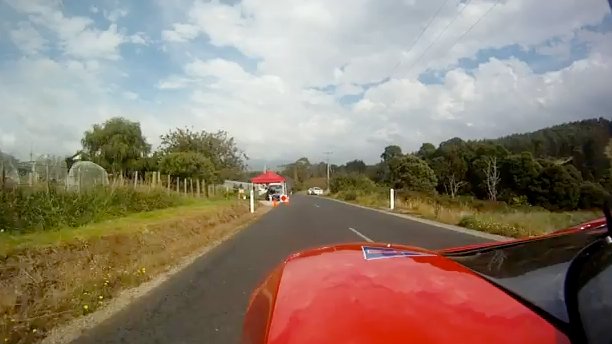 Tesla’s recent efforts at the Targa Tasmania have paid off, as the manufacturer managed to put electric vehicles and a tarmac rally in the same sentence. There were two Tesla vehicles entered in this year’s Targa Tasmania, thus aiming to establish a new Class for the event - the EV Challenge. One Tesla vehicle competed in the Green Challenge category, while the other one entered the Touring one.

The recently released video, which you can see below this article, offers us a look from the cockpit of a Tesla Roadster at the Targa Tasmania 2011.

“The ‘Oz Goes Electric Tour’ is going well – however we made a slight detour…..and it was tones of fun! We have just returned from Targa Tasmania – where we had an awesome time – and we had two vehicles entered,” said Tesla Motors Australian National Sales Manager, Jay McCormack on the success of two Roadsters on Targa rally.

“We had one participating in two competitive stages each day and the other in the touring covering every stage and transport. The touring car, mostly on a single charge where internal combustion engines were filling up twice a day – traveled 382km one day on one charge – excellent results for Tesla and electric vehicles in general,” added McCormack.

Driving the car from the footage was Tesla's chief technician for the Asia-Pacific region, Rudi Tuisk, with co-driver Michael Harris calling the pace notes.

According to Tuisk, Tesla’s response time is immediate and offers plenty of torque, as opposed to conventionally-powered cars. He says the top speed is 215km/h (134 mph) but it's more efficient between zero and 150km/h (93 mph) and very quick corner to corner.

"On Touring stages or normal road driving, the Roadster can do between 380-400km but 360km is the figure we like to communicate. In a competitive stage it's closer to 260km but just like with an internal combustion engine, economy is balanced with the right foot,” Tuisk added.