Exotic Cars worth $2M Impounded for Street Racing in Vancouver 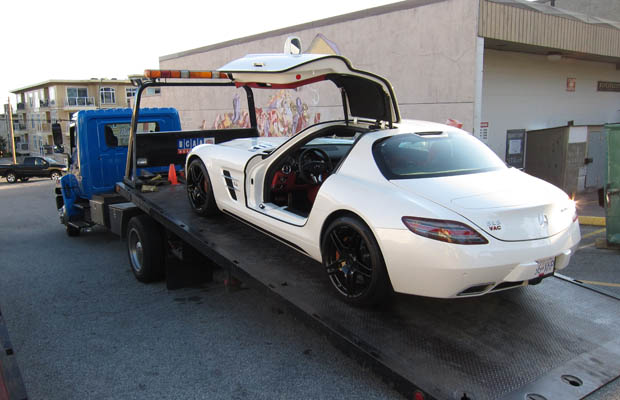 Earlier today, we were talking about the Stockholm Open 2011, a series of illegal street racing that took place in the last weekend of August and gathered an immense crowd and seems to have gone below the police’s radar. However, things don’t always remain unnoticed for the authorities, as this piece of news will prove.

The Royal Canadian Mounted Police has recently impounded no less than 13 exotics that were reportedly used for street racing, as The Vancouver Sun writes. The supercars and GTs were allegedly seen racing on the streets in Vancouver.

It seems like whoever decided to impound the cars made a Poker-like choice, bringing some sort of a full house, as, among others, we have three Lamborghini Gallardos, three Nissan GT-Rs (yes, one of them is the facelifted 2012 model), two Maserati GranTurismos.

We shall give you a few seconds to over the complete list of automotive goodies that the Police put a leash on (we are taking about an estimated total value of $2 million here):


It seems that the cars were racing at about 125 mph, while two of the participants were blocking traffic in order to create space for the race. When the police managed to catch the racers, each driver was cited individually.  All the cars will spend a week of cold nights in the police impound lot with drivers facing a fine of $196 each.