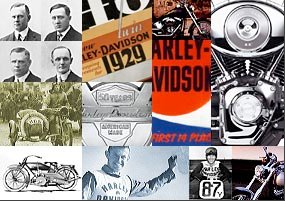 After Harley-Davidson's CFO and HDFS interim President Tom Bergmann left for other career opportunities, the company had to make some urgent changes in the executive board level.

"We are fortunate to have these well-experienced leaders who are deeply knowledgeable and highly involved in our business assume these critical roles as we conduct an internal and external search for these two key positions," said Keith Wandell, Harley-Davidson, Inc. President and Chief Executive Officer.

"We also wish to thank Tom for his many contributions to our business and wish him well in his future endeavors."

Tom Bergmann joined the company in 2006 and it was after he climbed on all the executive positions in the company that he became interim President of HDSF. At the end of April, 2009, he decided to leave the company in peaceful conditions.

25 years of financial leadership recommended Olin for the interim CFO position. Glasgow joined HDFS in 1992 and has held progressively senior-level positions within the company. Kornetzke has been in HDFS for 13 years already, and was a senior auditor with Deloitte & Touche LLP before joining the team.  Both Olin and Kornetzke have a Certified Public Accountant designation.