1 Pagani Huayra Heads for the US

4 Pagani Huayra Photos Leaked
Up Next 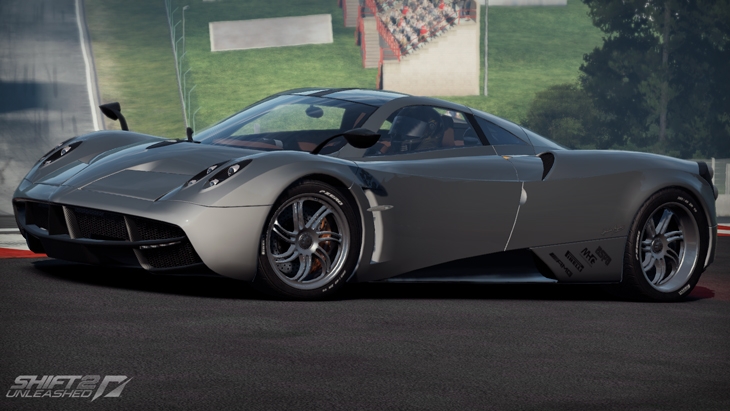 While the world hasn’t had the time to properly digest the arrival of the new Pagani Huayra, chances to get behind the wheel of this limited production $1.35 million supercar are minimum, unless...

Before giving up any dreams of feeling like the God of the Wind, you should know there is still hope, as it appears that the only place you’ll be able to drive one in 2011 is in SHIFT 2 UNLEASHED.

The new Need for Speed game, set to be launched in late March, will give us the chance to virtually profit from Huayra’s 6-liter, twin-turbo V12 sourced from AMG that pumps out more than 700 horsepower and is capable of taking you from naught to sixty in just 3.5 seconds.

“... it will make you feel like you’re hanging out with Huayra-tata himself when you stomp the accelerator,” EA brags, who is also offering for all those who pre-order the game's limited edition a thrilling package which comprises 40 unique career events, ranging from Single-Type to Old versus New challenges and Manufacturer Showdown.

There has also been a trailer video released to arouse interest among worldwide racing gaming enthusiasts, which you can watch below this article.

The Need For Speed SHIFT 2 Unleashed hits shelves on March 29 in North America, and April 1 in Europe.