3 The Origins of Streamline Design in Cars
Car video reviews:
Up Next 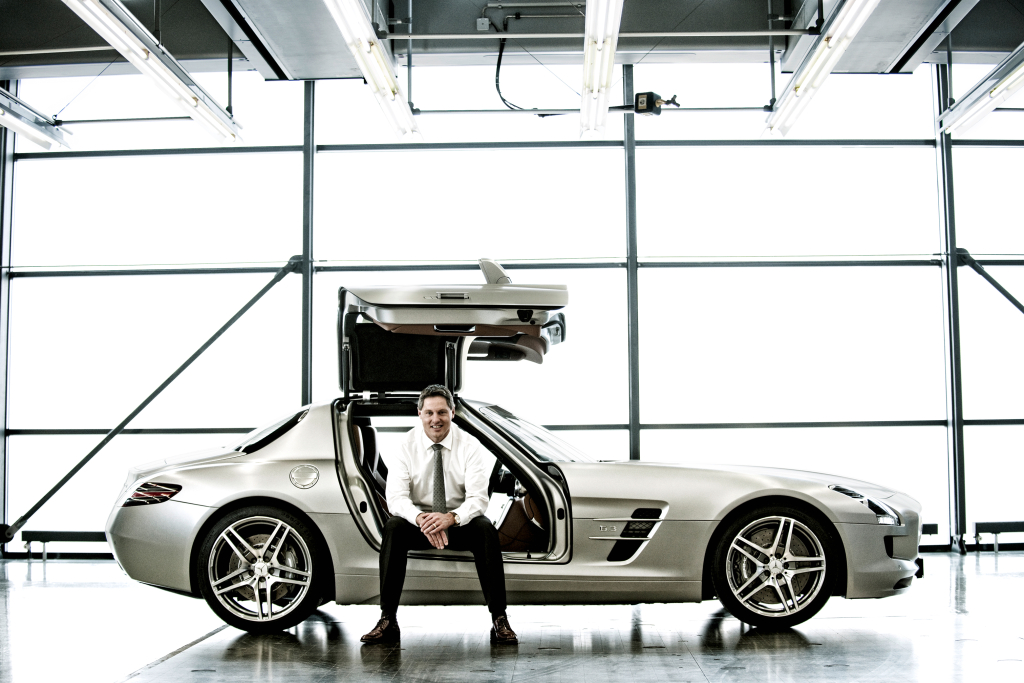 Gorden Wagener is one of the youngest (if not the youngest) chiefs of design in the automotive world. He became the head honcho of Mercedes-Benz's design division in the beginning of 2008, when he was just 39 years old, therefore replacing the venerable Professor Peter Pfeiffer.

To get you guys better acquainted with his work you should probably learn that he is the responsible designer for the CLS, SL (R230 facelift), second generation SLK, SLR McLaren and the latest "Mercedes-Benz Silver Arrow", the SLS AMG. Quite a motley array of designs we should say, but all of them are inter-connected in a pretty obvious manner under the Mercedes-Benz umbrella.

Gorden Wagener was born on 3 September 1968 in Essen, Germany. After getting a degree in Industrial Design at the University of Essen he attended the epitome of designer-schools: the Royal College of Art in London. There he specialized in Transportation Design, which helped him enter the automotive realm.

After a short stint as exterior designer at Volkswagen AG, Gorden jumped ships to Mercedes-Benz in 1997, where he has worked up the ladder ever since, finishing up with one of the most desired positions in the automotive designer's world: chief designer for the Mercedes-Benz brand. We managed to catch him for this short exclusive interview:

Alex Oagana: You are now about to enter your thirteenth year as a designer at Mercedes-Benz, but I believe you have already beat bad luck. During these years, you were directly responsible (among other cars) for two of the most beautiful Mercedes models in history, the CLS four-door coupe and the SLR McLaren, along with its derivatives. For many designers, creating such out of the norm and stunning designs can become a burden for creating new ones. This happens mostly because there's the risk people might not like the new ones as much as the older ones. Did you encounter a similar hardship time when designing the new E-Klasse range (Sedan, Coupe and T-Modell)? Were you afraid of failure more than before? 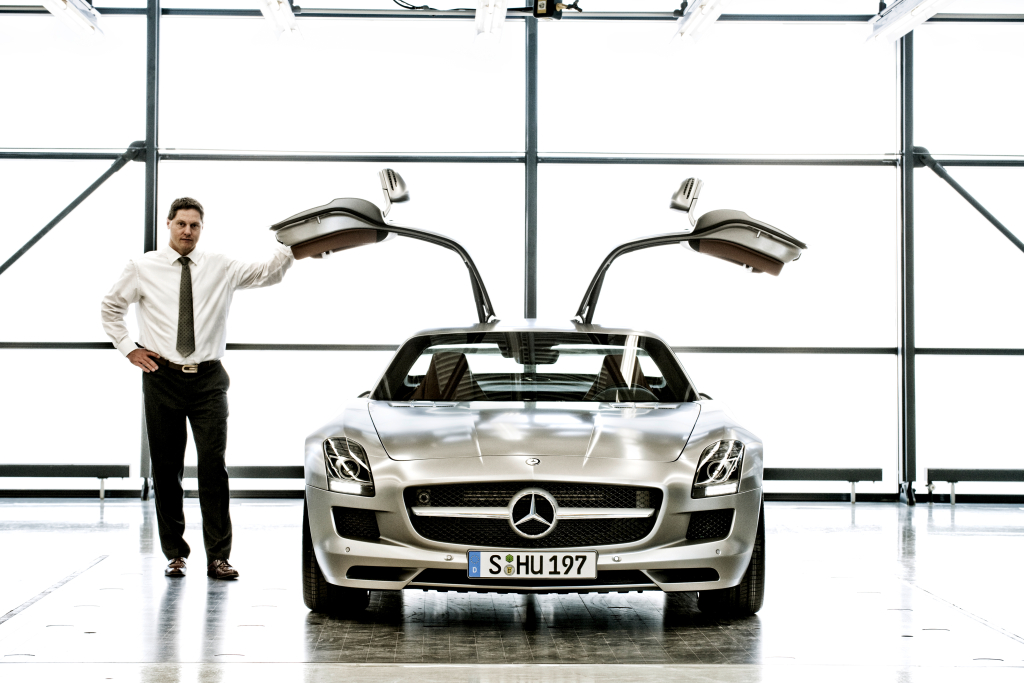 Gorden Wagener: Mercedes invented the car and it is also the most valuable automotive brand to be found worldwide. And that in itself is enough to make my work fascinating. Our brand stands for superiority, stylishness, sophisticated sportsmanship, elegance and innovation, but at the same time also for safety, reliability and quality.

As a Mercedes-Benz can be expected to enjoy a long life, every Mercedes designer is fully aware that a car we design today will still be seen on the streets 30 years from now. This is both a commitment and an enormous challenge. We have vehicles where we venture to take great leaps forward, as for instance with our prestigious CLS design. With other vehicles, however, we carry on the development more cautiously to ensure their continuity. We have also succeeded in making a significant design leap forward with the new generation of the E-Klasse.

... Just take the design of the sedan model as an example – it is extremely modern and very dynamic, does without fashionable gimmicks and gives us instead a new interpretation of traditional Mercedes values.

Alex Oagana: The new Mercedes-Benz SLS AMG is the second truly-retro model coming this year, after the SLR Stirling Moss. Each of them has design-cues from the 300 SL, and the 300 SLR, respectively. How much freedom for adding new/modern lines on an already existent base of design did you have? Were there certain guidelines to be followed, except the basic proportions of the original cars?

Gorden Wagener: Retro designs are always successful if we don't merely copy the stylistic elements, but succeed in giving them a modern interpretation from today's perspective. However, the vehicle as a whole has to be an independent product in its own right and not stand simply as copy of the original design. The original models used for retro designs already played an outstanding role in their own time with their cult status and reputation for a long service life. 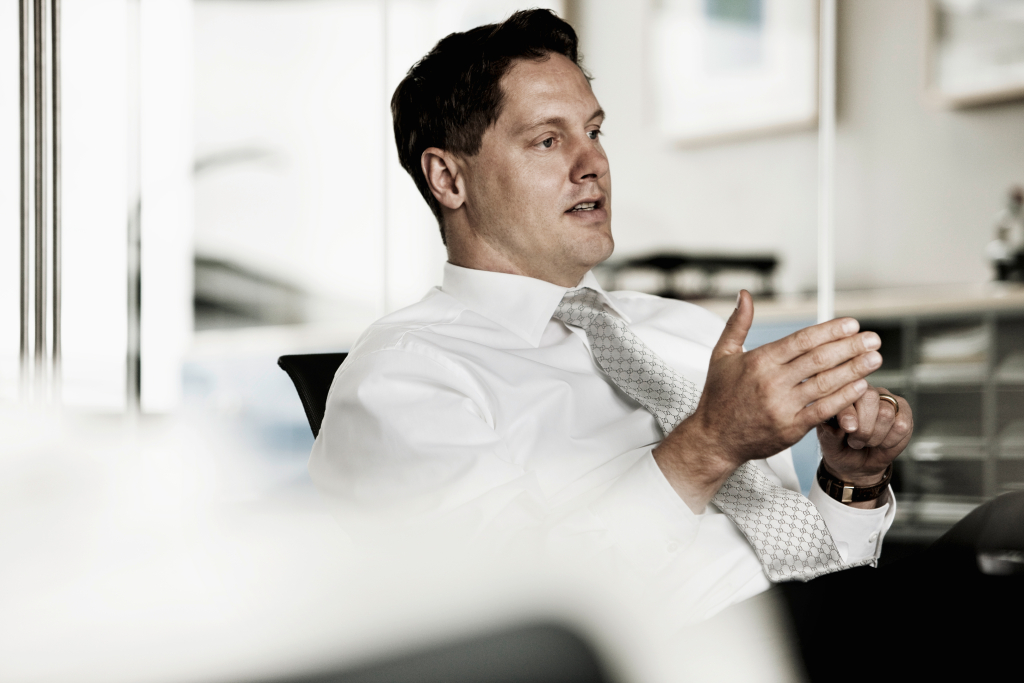 They generally convey a certain spirit of the times and attitude towards life surrounded by an aura emanating from tales of legendary racing victories or roles played in film classics. When all of these elements come together, you have the perfect recipe for a successful retro design. It is important that the original models are not only rooted in people's minds, but, more importantly, have a place in their hearts. And I think that here with our new SLS AMG we have succeeded very well indeed!

Alex Oagana: I believe the W164 M-Klasse is the first Mercedes-Benz to encompass a new philosophy of design, creating a bridge between the rounder lines seen on the Stuttgart-based manufacturer's cars between 1997 and 2005 and newer, rougher lines. In other words, newer Mercedes-Benz models appear to be less polished from the "roundness" point of view, kind of returning to the tri-star designs of the 1980s. Did you have the idea for the new line of design yourself or was this a direct order from above (Prof. Peter Pfeiffer)?

Gorden Wagener: Personally, I prefer well-defined surfaces, sculptured cars. Here at Mercedes, it depends to a great extent on the individual character of the car. If you have17 different product ranges as we do, then it is necessary to differentiate between them, to give each of them an automotive character of its own. The GLK is our most "angular" car, inspired by the G model. The lines of the GLK are particularly straight, whereas coupes tend to be rather more extravagant as they are in a completely different category. 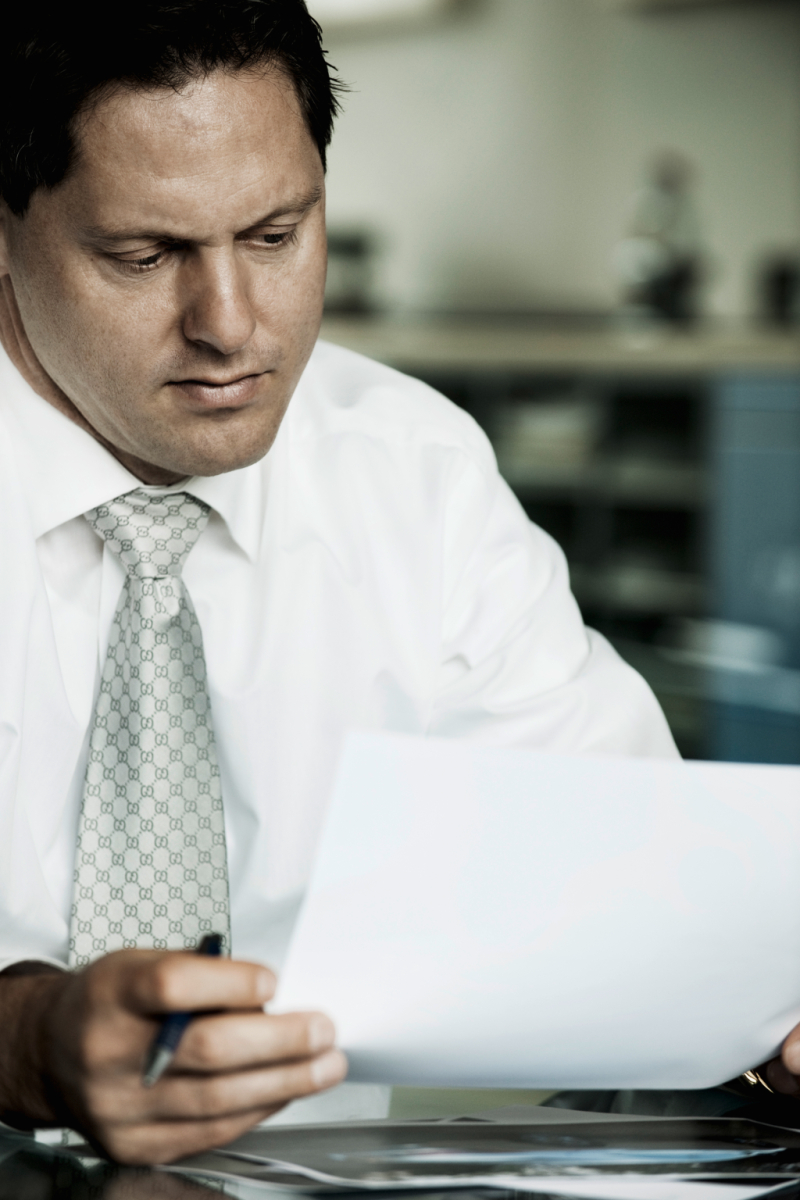 Alex Oagana: Since we're talking about directives, who is the person(s) to give the go-ahead to the final design of an all-new model? For example, if we would absurdly assume that you design a very ugly replacement for the current S-Klasse, but you stick by it and always say that's it's a gorgeous car, do you have the final word on it?

Gorden Wagener: Designing is team work. We Mercedes designers work in teams together with our colleagues in the research and production sectors, collectively planning the steps needing to be taken to make new stylistic ideas technically feasible.

The design procedure is something like this: We select roughly 15 1:4 models, and from these we make three to five 1:1 models, and in the end only one is left over. The designer always focuses on his own car. He knows his baby best – and a great deal of emotion is involved.

Based on these models, our board of directors and I then select the designs that will be produced as initial full-size1:1 models – and of these the best will finally go into production.

Alex Oagana: The last, but not the least question. You once specified to the press that at Mercedes-Benz, every second generation of the vehicle takes a more abrupt step in design. Does this mean we should see quite a few different-looking Mercedes models in the next few years? Is there a revolution starting soon at Stuttgart, similar to the one BMW had in 2001?

Gorden Wagener: Our guiding principle is clearly defined – a Mercedes always has to look just like a Mercedes – even in three decades from now. We are committed to this – but at the same time we are confronted with an enormous challenge.

If you stroll around a car show these days, one of the first things you'll notice is that there is an incredibly wide range on offer. The car world is no longer quite so clearly subdivided into sports cars, sedans and station wagons. Instead there are all kinds of combinations, making the world more colourful – but not simpler for the designer. Brands and models need to stand out from the competition as it is getting increasingly difficult for customers to differentiate between them. The challenge here is to develop a clear brand style – and this is easy for Mercedes because of its exceptional heritage.