1 Less Than 200 Volkswagen “Fridolin” Are out There. Here’s What You Could Find

2 Dodge Li'l Red Express Was Left to Rot in the Woods, Hides a Surprise Under the Hood

3 Rare 1963 Chrysler Turbine Comes Out of Storage, Sounds Like It's About to Fly

The Shelby Cobra as we know it was born in January 1962 when AC Cars assigned the very first prototype with chassis number CSX2000. Not long after that, automotive designer Pete Brock was tasked with shaping the open-top roadster for maximum speed on the three-mile Mulsanne Straight.
25 photos

Engineered specifically to beat Ferrari at Le Mans, the Daytona Coupe numbers a total of six examples. A seventh car, the so-called Type 65, was never completed. CSX2469 isn’t one of those cars either, but a high-quality replica that was commissioned by Carroll Shelby on a ‘60s Cobra in 1997.

Previously owned by the Texas-born entrepreneur who took the overall win at the 24 Hours of Le Mans in 1959 alongside Roy Salvadori, the bite-the-back-of-your-hand beautiful Daytona Coupe in the following video and photo gallery was purchased by the current owner from none other than Carroll Shelby. Documented with a clean title in the first owner’s name, FIA paperwork, and a bill of sale, the vehicle has been driven by many racing legends, including the likes of Phil Hill, Derek Hill, and Derek Bell.

Valued at $1.5 million back in the year 2000 or $2,380,000 when adjusted for inflation, this car relies on a 289 engine bored to 297 cubic inches or 4.9 liters for better performance. A four-speed manual transmission in the guise of the Borg-Warner Super T-10 sends the goodies to the rear axle and stopping power comes courtesy of Girling disc brakes up front and out back.

It is almost impossible to say for certain how much this Daytona Coupe is worth, but it’s more than obvious that we’re looking at more than one million Washingtons at the very least. The most expensive Daytona Coupe sold at auction is CSX2601, the chassis that won the GT class of the World Manufacturers Championship in 1965 in the hands of Bob Bondurant. That particular example of the breed sold for a cool $7.25 million back in 2009. 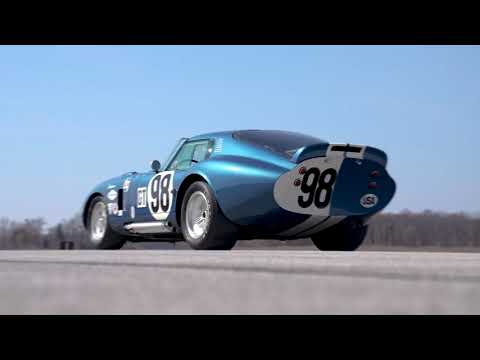