1 Doug DeMuro Samples All-New Mercedes C-Class, Likes It but Would Rather Drive a 3 Series

4 Doug DeMuro Drives the 2023 Cadillac Escalade-V, Ranks It Below a Certain Other Fast SUV

5 You Won’t Believe What Doug DeMuro Had to Say About the All-New 2023 Toyota Sequoia
Car video reviews:
Editorial

These days, many kids dream of becoming YouTubers, while some want to be influencers or something like that. Well, this dream career has some drawbacks, as you can imagine, and nobody outside those who have done it in one rm or another will know what they are. Fortunately, Doug DeMuro has risen to the challenge again, and it is time to hear him out.

The American YouTuber has 4.45 million subscribers (about twice the population of New Mexico) on his main channel, and he has been doing this for over six years as his only job. Say what you like, but he fits the bill, and he knows what he is talking about.

His latest video walks us through the challenges of filming car videos from his perspective, and some of those do apply to our photo shoots as well. If you ever attempt to pursue a career in this field, be sure to listen to what Doug has to say in the video below. In case it is too long for your attention span, which would be a shame if you ask us, the idea is that it is not as easy as it looks.

Filming car reviews is harder than just taking pictures of vehicles or having someone else take the pictures while you drive and then just write about it. The difference is significant, and it does not mean that someone who is good at one of these things will also be good at another without any practice beforehand. Moreover, you must always adapt your style of communication when switching mediums.

In other words, your carefully-thought-out joke may be funny in writing, but it will turn into a "dad joke" when you say it on video. The opposite of this is that what may be a smart or funny note when you have a camera pointed at your face is something that may be mean if it is written somewhere.

It is like the difference between an e-mail and a phone call with someone you do not know. Things may work out easier over the phone than through an e-mail, but it depends on who you speak to.

Filming car videos take more time than you think, and editing them before they are ready to be published online takes even longer than filming them.

For a 20-minute video, someone might film for more than an hour, if not even two hours, just to have a shot of having all the key details on camera. The estimate does not include any mistakes or bloopers, mind you, not to mention interruptions or weather issues.

Editing a video review may take up to an entire day, if not more, if it is a long video that has many other things that need to be added to the main timeline, such as historical images or just shots that were filmed and need to be shown and illustrated. As usual, if you are starting out in the field, it will take you longer to figure out what needs to be filmed, what needs to be shown, and so on.

While Doug was fortunate enough to be lent a press vehicle when he was starting out, do not imagine you will get the chance to film your first video as a YouTuber with a vehicle that is borrowed from anyone who does not already know you from your personal life.

You have a better shot at starting out with videos that you made with your vehicle, and then move on to filming other people's cars once your channel gets momentum.

Another aspect that Doug has not covered in this video is risk, which involves the possibility of getting hurt while filming, hurting others while doing so, or just damaging someone else's property while filming. It is also present when you go out and drive your car, but you get the point.

The risk described is there, and it will be there whenever you embark on something like this. It is not for the faint of heart, and it will be a risky endeavor for someone who is not doing well from a financial perspective.

Moreover, while Doug's channel does rake in enough ad revenue from views to allow him to make a living with YouTube alone, it does not work that way for beginners.

In fact, you will have to film everything on your dime, which is why most YouTubers know how to film and edit videos in the first place. They were constrained financially to learn, as few can afford to pay someone else to film them, as well as edit their videos while starting out on YouTube.

As some might say, this is the kind of career that can make you a millionaire if you were a billionaire when you started doing it. Just like racing, mind you.

Also, reviewing vehicles will make people on the web write mean things in the comments section, and those may get you down. It does not matter if you were right; it is an argument on the Internet, nobody wins.

Doug has the luxury of being able to pay for his trips, as well as any hotel stays, while other YouTubers, as well as journalists, will not have a similar financial situation to allow such expenses. Fortunately, most people in the field manage to stay objective even if someone else pays for their trip, meal, or fuel while reviewing a vehicle.

With that being written, the people of the WWW should consider cutting some slack for the folks out there who are doing reviews. If you think it is easy, try doing it yourself, watch it with the same critical eye, and then be honest with yourself. It was not that easy, was it? 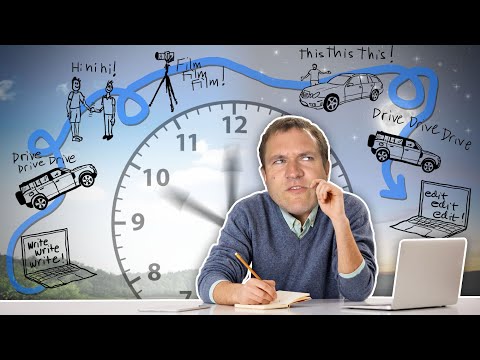 Editor's note: For illustration purposes, the photo gallery shows images of Doug DeMuro during his reviews.
If your dream is to become an automotive journalist or vlogger, by all means, go for it, but do not do it in hope that you will get rich.