2 Argeo Launched Its First USV for Inspection and Survey, Suitable for Offshore Projects

5 LiDAR-Packed Elios 3 Mapping Drone Knows How to Take a Hit, Gets Back Up After a Collision
Car video reviews:
Coverstory

Ironclad is designed with advanced encryption and security features that meet the requirements of DoD (Department of Defense) users and is compatible with PX4 and Ardupilot. Those are among the most popular software programs for autopilots and flight controllers.

Asymmetric was looking for American-made UAS (unmanned aircraft systems) that it can use to showcase the capabilities of its Ironclad and has chosen Event 38 as its collaborator. Both partners agreed that the best drone to test the Ironclad on was the E400, which is the company’s first VTOL (vertical take-off and landing) model.

The fully automated mapping drone was launched last month and it is a fixed-wing aircraft with a carbon fiber body and an impressive flight time of 90 minutes. The E400 has a maximum payload capacity of 5 lb (2.2 kg) and a hot-swap bay that allows users to change the payload with ease, within just 30 seconds.

Paired with Asymmetric’s Ironclad autopilot, the already competitive drone is now an even more valuable tool. Ironclad includes high-end encryption features such as initial user authentication, secure connection, and anti-tamper features. The latter can erase encryption keys in case of an emergency, if, for instance, the drone ends up in unfriendly territory.

Event 38 hopes that in the future, its E400 drone will be available as standard with Ironclad. Meanwhile, those who are interested in the fixed-wing VTOL aircraft can find out more about it on the manufacturer’s website. 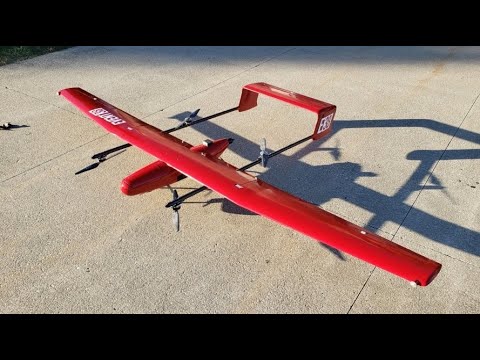