5 EVE Online Receives Its Biggest Update to Mining and Industry, Take a Look at the Changes
Coverstory

Cosmin Vasile
CCP, the studio behind EVE Online, the space-based MMORPG we all know and love, has just announced a brand-new expansion coming in November. Uprising is the next stage in the future of New Eden, and while this is tagged as a “narrative-driven expansion,” there’s probably going to be a lot of PvP involved.
6 photos

That’s also hinted by CCP, which says that the expansion will be “ushering in major improvements to Factional Warfare,” but that’s not the only exciting thing about Uprising. The expansion is also supposed to introduce a suite of new ships, as well as a slew of balance changes to existing ships.

Also, corporation and alliance logos on vessels will be included in the expansion too as part of the introduction to heraldry. Last but not least, EVE Online players should expect some “new visually immersive hangars,” and much more in terms of graphics improvements.

The implementation of the next major expansion has already begun with the discovery of an abandoned EDENCOM structure after its cloak began failing over a storm planet in the system of Athounon. Additionally, players have also found strange construction sites across space, which are believed to be stellar harvesters and stargates constructed by the empires. The narrative arc will keep progressing until Uprising arrives later this year, so players can continue to explore New Eden in search of answers.

As far as the Factional Warfare changes coming with the Uprising expansion, CCP revealed many of them in the State of the Union news item. That said, expect a complete rework of complexes, a new advantage functionality that allows players to give their chosen Faction an edge in the war.

According to CCP, more incentives to support and fight for a particular faction will be added, alongside new events to create more possibilities for empires to issue campaign objectives for those who want to participate in the Factional Warfare. Also, CCP hinted at a more significant update to Factional Warfare coming in Q1 2023.

The first new ships coming to EVE Online with the Uprising expansion will be revealed in September, followed by major enhancements to audio, visual, and UI coming in October. 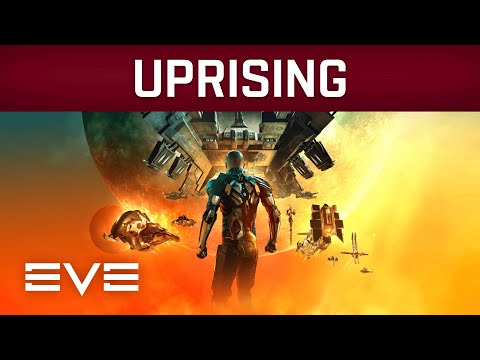