3 The Story of the Chevrolet Corvette SS, Duntov's Magnesium-Bodied Masterpiece

While Fifth Gear prepares to return with former Top Gear host Rory Reid, the one and only Tiff Needell is doing his thing at Lovecars. For his first overseas car launch in two years, the British motoring journalist took the wheel of a midship Corvette Stingray at the Frankfurt airport in Germany.
59 photos

Tiff begins the review by giving a little context on his relationship with the ‘Vette. The last one he tested is a sixth-generation Z06, which is a completely different machine to the mid-engine model in the featured clip.

Described as a brutal driver’s car, the C6 Z06 clearly isn’t as comfy on the road or technically sophisticated as the C8 Stingray with the Z51 Performance Package. The go-faster option is standard in the European Union where the base trim level of the Corvette is the 2LT at 86,900 euros.

“It’s got a stupid-shaped steering wheel,” said Tiff of the somewhat hexagonal steering wheel that features a flat top and flat bottom to improve visibility. Even though racing drivers like him are well accustomed to this particular shape, Needell makes a good point that three-point parking jobs and very tight roundabouts are pretty awful with this hexagonal design.

On the upside, the ‘Vette receives the rubber stamp from Tiff in regard to the ride, steering, chassis tuning, paddle shifters, transmission reaction time, luggage space, interior, and exterior design. “A very impressive car” is how Needell sums up the first mid-engine Corvette in more than six decades. 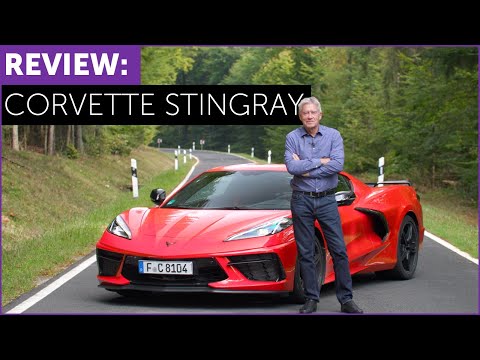