As the European Union struggles to come to terms with the new strategic reality and the erratic alliance with the Trump-led America, the idea of a joint European army, is slowly beginning to take shape. And as with any army, this new one needs weapons.
1 photo
On Monday, June 17, the Paris Air Show kicked off in the French capital. Being one of the largest such events on the continent, the event drew crowds of John Does and state leaders in equal measure.

The aviation exhibition was the venue chosen by the leaders of Spain, France and Germany to announce plans to jointly build a new fighter jet to replace the aging Eurofighter Typhoon and the Rafale. This week’s announcement is the coronation of talks that started between France and Germany in 2017.

And they even showed a mockup of the said fighter, an empty shell with no working component, but a proof of commitment.

According to Euronews, the fighter plane will be part of the Future Combat Air System (FCAS), a program started by the UK Royal Air Force and quickly adopted by France.

The machine is supposed to be able to use conventional weapons, but also drones. As per the initial details announced, it should be up and running by 2040.

“In 2040, the French Armed Forces will be equipped with a combat aircraft, built between Europeans, to face the fights of tomorrow. This is historical and that’s just the beginning,” Euronews cites French Defence Minister, Florence Parly as saying.

The jet is supposed to be built by a collaboration between two French-based aerospace behemoths, Dassault Aviation and Airbus.

Presently, the European Union member states field a variety of airplanes, ranging from Soviet-era MIGs to new or second-hand F-16s. The bulk of the continent’s air power is represented by the Eurofighter Typhoon and imported F-16s. 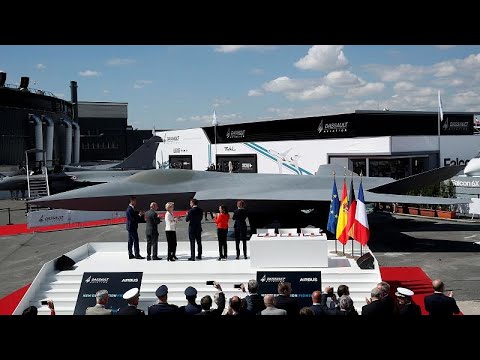