2 Build and Manage Your Empire in Train Life: A Railway Simulator

Everyone has heard of hybrid cars by now, but did you know that even trains can be hybrids? The answer is affirmative, and the first battery hybrid train in Europe is set to enter passenger service in Italy. It will be the first on the Old Continent, but not the first in the world. Here is what you need to know about the Blues Train.
8 photos

The latest addition to the Trenitalia fleet, the Frecciarossa 1000 (red arrow in Italian), which is Italy's main passenger train carrier, is built by Hitachi Rail and has three modes of operation. It all depends on where the train is going. Let us take a quick moment to laugh at the irony of the Blues Train that is offered on the Red Arrow line.

The new hybrid train can operate using the pantographs with the overhead lines to run on electric power from the grid, diesel fuel, or electric power from its battery. The latter is recharged while slowing down, and it can be used for zero-emission movement through cities.

Since all important passenger stations in cities are in crowded areas, cutting back on pollution from diesel locomotives is a good idea.
Usually, a train's locomotive is either diesel or an electric one, and some latter may include a backup generator. While the former can be used where there are no overhead lines, taking one through the city is not the greenest form of transportation. Using an electric locomotive is not always the answer, as not all the lines are entirely electrified.

According to Luigi Corradi, the CEO of Trenitalia, the new hybrid design bridges the gap for the routes that are not fully electrified while also being the most eco-friendly way of doing so. The man with an unmistakably Italian name also noted that simply electrifying all the routes is not as simple or as affordable as you may think.

In the future, battery technology advancements will reduce the reliance on diesel fuel. The Group CEO of Hitachi Rail, Andrew Barr, noted that battery-enabled trains, as this kind of hybrid is dubbed, can reduce the cost of electrification schemes by over 50 percent, as Railway News notes.

The first trains were supposed to be delivered in the Tuscany region by the end of 2022, and they are made in Italy, as well. Unlike other trains, the new ones are 93 percent recyclable and 96 percent recoverable, which means that the materials used in them will have a second life once they stop being used.

Do not expect the new “tri-brid” trains to be slow, as one of these can run at 160 kph (100 mph), and their four-car composition can accommodate up to 300 people. All trains will include CCTV surveillance, people-counting cameras at all access doors, and larger and more accessible passenger cabins. 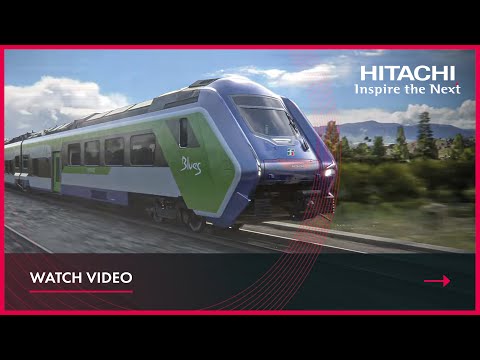