5 The Golf VI gets Five EuroNCAP Stars Before the EuroNCAP Testing
Car video reviews:
Up Next

We are writing about the Alfa Romeo Giulia, Seat Ateca, and Volkswagen Tiguan. Each of the three models received the maximum rating, of five stars, thanks to a generous package of safety equipment, available throughout their ranges.

Even if one of the cars could not have achieved the maximum score, the automaker could have requested an additional test for a second rating, which would have been done with an optional pack of safety equipment. This is not the case with the three models featured in this story.

All three feature autonomous emergency braking systems, thus providing a solution to mitigate and possibly avoid collisions between the vehicle and pedestrians or other cars.

The tech was first introduced in EuroNCAP testing in 2014, and this year also tests its behavior in car-pedestrian crashes.

Almost all monitored body areas performed well in the impact tests, except for the driver’s torso and right leg, which received “Adequate” in the frontal offset deformable barrier test. The lateral impact with a pole brought the same rating for the driver’s chest.

Seat’s Ateca SUV received 93% of available points for adult occupant protection. In the case of child passengers, the score was 84%. Pedestrian protection was rated at 71%, while safety assist was quoted at 60%. In the frontal full-width impact test, the rear passenger’s body dummy recorded “Marginal” protection for the chest cavity. The same body part of the driver received “Adequate” for protection.

The model of the driver endured the same problem and grade in the frontal offset deformable barrier impact test. In the side impact test, the head of the dummy received “Adequate” protection, while the extra severe impact, with a pole, brought “Adequate” protection for both the head and torso of the driver. All other areas received a good level of protection during the crashworthiness tests.

Volkswagen’s Tiguan was awarded with a score of 96% for adult occupant protection. Meanwhile, the level of protection for child occupants was 84%. Pedestrian protection was rated at 72%, while Safety Assist received 68% of available points.

EuroNCAP tests showed that the driver an passenger’s torsos received “Adequate” protection in the impact with the frontal offset deformable barrier. In the case of the frontal full-width impact test, the torso of the rear passenger received “Marginal” protection. All other areas received a good level of protection during the crashworthiness tests. 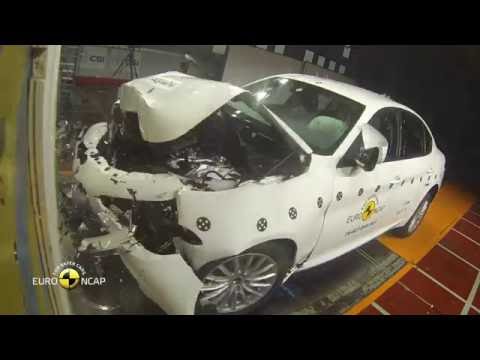 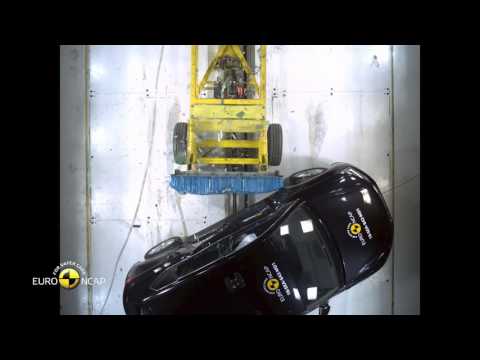 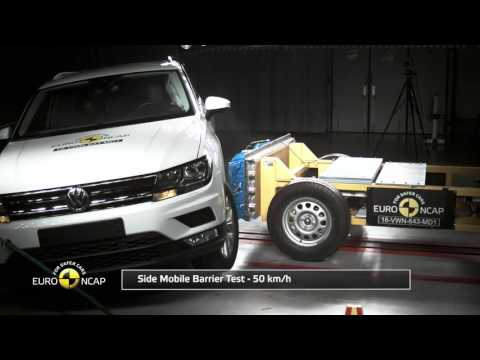