Espargaro Confirmed by Pramac Racing for 2010 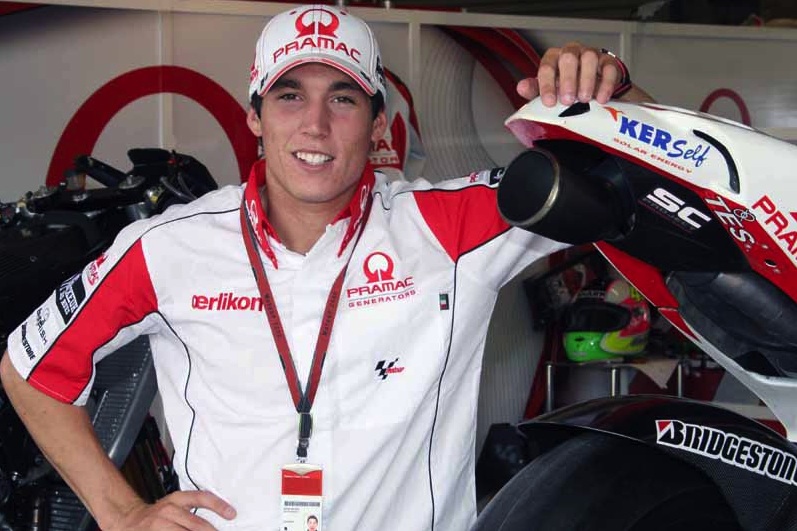 Aleix Espargaro is the latest rider to be confirmed in the MotoGP roster next season, as the Spanish rider recently signed a one-year deal with Ducati's customer team Pramac Racing. The 20-year old rider will therefore join Finnish teammate Mika Kallio in the Pramac lineup for 2010, as Italian rider Niccolo Canepa will leave the team and the series at the end of the year.

However, the next season's opener will not be Espargaro's first outing in the MotoGP series, but his 3rd overall. Earlier this year, the Spaniard replaced Mika Kallio in the Pramac Racing lineup for the Indianapolis GP and San Marino GP, while the Finn was himself replacing injured Casey Stoner in the Ducati works' lineup.

Espargaro then managed to end both races inside the Top 15, scoring a 13th and 11th place respectively and therefore making the 2009 scoreboard. Those outings were enough for Pramac Racing Team Principal Paolo Campinoti to offer him a full-time ride for the 2010 season.

“In Indianapolis Aleix demonstrated his competitiveness from the first laps in both track conditions, dry and wet, and in Misano he confirmed his good feeling with the bike. We really count on him; his attitude and devotion to this sport give us a lot of trust,” confirmed Campinoti in a statement for the press.

“I want to take this opportunity to thank Niccolò. He is a strong guy and we wish him a happy future on and off track. His little experience didn't allow him to perform as we all expected during this championship, but we are anyway convinced of his talent and we are sure he will be able to show it in other categories,” added the Pramac official.

As for Espargaro, he'll continue to compete in the quarter-litre class for the remainder of the 2009 season, after which he'll join his new team in the post-season testing following the Valencia Grand Prix.

“I am very happy to be arriving in MotoGP after the time I have had this year. It is better news to be riding for Ducati all through next season than to be riding in the final few races of this year, which could have happened. I performed well in the two MotoGP races I did but now I will have the whole winter to practice with the bike, get the set-up right and prepare for 2010. I will be able to prepare calmly and precisely for racing in MotoGP,” added Espargaro.