1 There Are 25K Asteroids Out There, and NASA Proved We Can’t Stop a Single One

Home > News > Space Junk
Daniel Patrascu
In November 2021, the American space agency will launch the Double Asteroid Redirection Test mission. Known as DART, it is a spacecraft whose single goal is to smash itself into a small piece of space rock and see if it can alter its course.
1 photo
There seem to be increasing efforts in coming up with ways of removing potential space threats to our planet. According to NASA, there are 25,000 near-Earth asteroids that we know of roaming about (and 15,000 others we know nothing about), so the hazard is not negligible.

In the most recent impact exercise conducted by the greatest minds in the space industry, we as a species were unable to stop an asteroid from slamming into Europe. The goal of the drill was to see whether a six-month warning would be enough for us to be able to mount some kind of defense, and the sad answer is that no, six months are not nearly enough given our current technological level.

So NASA is now trying to come up with the technology that one day might save our planet. DART will head on and hit the smaller part of the Didymos binary asteroid, trying to see if we could nudge it a bit.

NASA plans to see the results from Earth, using telescopes, but the European space agency (ESA) is sending a small spacecraft carrying two smaller satellites up there, to see firsthand what happened.

The spacecraft is called Hera and carries the Milani and Juventas. The trios is scheduled to reach the binary asteroid in 2026, after DART would have hit it. The goal of the Hera mission is to examine the crater left by the NASA mission, but also other aspects of the asteroid.

Meanwhile, Milani and Juventas will use their gear, things like radar, mineral mapper or gravimeter, to better study the asteroid, but also land on it.

ESA will launch Hera and its accompanying machines in 2024. 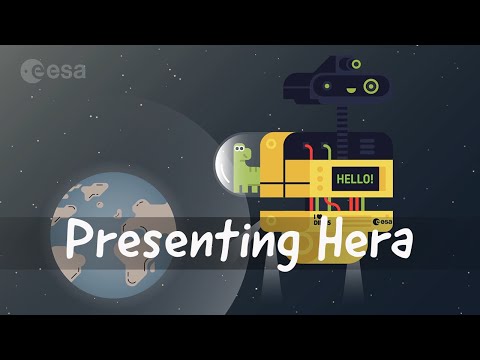