Lunar stations are in constant need of supplies, research materials, and equipment. In addition to these, they also have to be prepared for any component failure, so spare parts are also a must, especially when we’re talking about long-term missions.

That is why ESA considers manufacturing necessary spare parts and other items on board, using and reusing materials found on the Moon’s surface. Being able to do so will be beneficial both cost-wise as well as for reducing production waste.

In order to produce these spare parts, the project thinks of relying on the LMM technology used by Incus. LMM stands for Lithography Metal Manufacturing and it can produce parts that have great surface aesthetics and similar material properties compared to MMM (Metal Injection Molding), according to Incus. It is this method that ESA wants to test in space, using existing lunar surface materials and recycling lunar base scrap metal.

This is going to be an 18-month project as it also requires time to assess all the constraints of a space environment. While these lithographic techniques have indeed been demonstrated successfully down here, they still pose a lot of questions and potential hindrances when it comes to implementing them in space. One example could be the potential contamination of the metal powder with lunar dust.

Using 3D printing technologies outside our planet is not a new concept. NASA has also been working for a few years now with ICON, a 3D printing company based in Texas, to 3D print the first settlements and structures on the Moon. 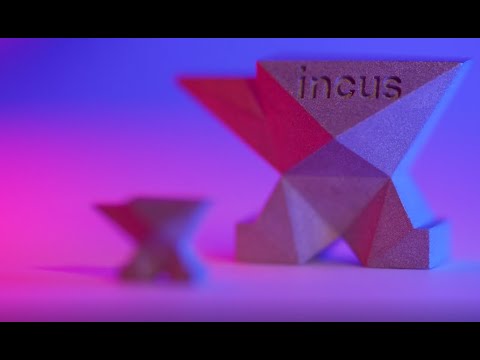