Entourage Trailer Has Cadillac Ciel in It, Proves the Movie Is Better Than the Series

Ionut Ungureanu
When HBO decided to take the principal cast of their famous Entourage TV series and starred them in an actual movie, fans went wild. Warner Brothers has just released the movie trailer, which has everything from the hot model - Emily Ratajkowski and the wild UFC fighter - Ronda Rousey, to famous actors - Mark Wahlberg and of course, beautiful cars.
1 photo
It’s clearly quite a smart move Cadillac is doing since a movie like this will definitely get some strong audience and the Cadillac Ciel itself is not really that bad. In fact, it’s just the perfect car the crew would navigate the roads in Hollywood, since its amenities are as luxurious as possible. With a wheelbase of 125 inches, the concept car comes with suicide doors and the interior features a smooth wooden dashboard with a simple gauge look.

As to the movie itself, well there are a couple of interesting people starring in it, to say the least. Take the first and current UFC Women’s Bantamweight Champion Ronda Rousey, who is already famous for her armbar move, she has reportedly practiced thousands of times. Then there are those reports about some adult film actresses shooting scenes for the film.

In case you missed it, we’ll remind you the film picks up where the series left off, chronicling the continuing career of movie star Vincent Chase and his entourage. This time, however, Ari turned from a super agent into a studio head and the whole crew is experiencing some whole new level of Hollywood lifestyle ventures.

We can’t wait for the movie to hit the screens, which is planned for June 5, next year. 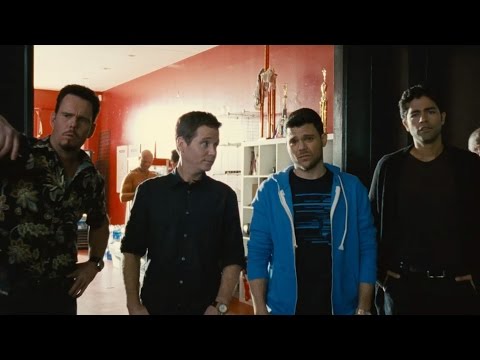