2 Carmageddon-Themed Tournament Kicks Off in Wreckfest

Engage in Warbird Dogfights with The Falconeer: Warrior Edition (Consoles/PC)

Home > News > Videogames
5 Aug 2021, 15:12 UTC ·
by Cosmin Vasile
The Falconeer, the project of solo developer Tomas Sala, is an interesting mix of intense aerial dogfights aboard a giant bird, deep exploration, and richly immersive storytelling. Originally released as a launch title for Xbox Series X/S back in November, The Falconeer is now making its debut on the PlayStation and Nintendo consoles, but in improved format.
6 photos

The new and improved version of the game, The Falconeer: Warrior Edition includes all the recent updates and features every single DLC pack released since its original launch on Xbox and PC (via Steam): The Kraken, The Hunter, and Atun’s Folly.

On top of that, the Warrior Edition includes the brand-new expansion, Edge of the World, which has just been released for all mentioned platforms. The expansion adds new mini campaigns, new missions, new locations and more, which will keep you busy many nights to come.

The Falconeer is an aerial combat game set in a fantasy universe dominated by pirates. It plays from a third-person perspective, as players assume the role of a pilot commandeering a massive warbird.

Although the game does feature a narrative campaign, The Falconeer is more of a sandbox experience rather than a linear one. Players can freely explore a gorgeous-looking world as they tackle various side missions such as completing bounties or simply delivering items.

Warbirds in the game can be outfitted with new weapons and upgraded using mutagens. Throughout multiple campaigns, players will be allowed to experience life from different perspectives and loyalties as they are given control over pilots from different factions and command new warbirds. 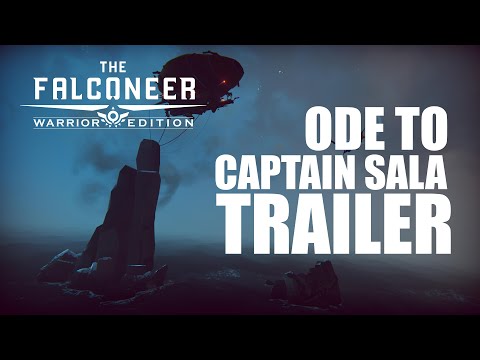