It was Elon Musk's 44th birthday this weekend, but the South African billionaire didn't have that much to be happy about. A Falcon 9 rocket launched by Space Exploration Technologies on a mission to resupply the International Space Station blew up two and a half minutes after it set off from Cape Canaveral.
1 photo
In a message on Twitter, Musk said the "Falcon 9 experienced a problem shortly before first stage shutdown. Will provide more info as soon as we review the data." This is the most critical period in a launch, as the maximum propulsion forces are experienced.

Later on, the CEO of Tesla Motors said an “over-pressure event in the upper-stage oxygen tank," without going into details. NASA, who broadcast the entire launch, said it would work with SpaceX to find the problem. The future of their 12-flight, $1.6-billion contract is still secure, as Musk's company has shown it can resupply the International Space Stations.

The Falcon 9 is an unmanned rocket designed to send supplies or small satellites into space, so no astronauts were hurt. However, it does mean the cargo won't reach the folks over at the ISS. This is the third failed mission, after a Russian effort failed in April 2014, and a rocket launched by Orbital Sciences blew up after launch in October.

NASA says the station has enough supplies to last until October. However, since the Shuttle program was discontinued, they are increasingly relying on outsourcing such missions.

“SpaceX has demonstrated extraordinary capabilities in its first six cargo resupply missions to the station, and we know they can replicate that success. We will work with and support SpaceX to assess what happened, understand the specifics of the failure and correct it to move forward. This is a reminder that spaceflight is an incredible challenge, but we learn from each success and each setback," said NASA Administrator Charles Bolden.

SpaceX's Falcon rocket is supposed to be different because it wants to reuse the expensive booster by landing it precisely onto a barge in the Atlantic ocean. Some say it can't be done, but we hope Musk's venture will prove them wrong.

The next Falcon 9 rocket launch on SpaceX's schedule has been postponed. The launch was supposed to deliver NOAA's Jason-3 Earth observation satellite and was scheduled for August 9th. 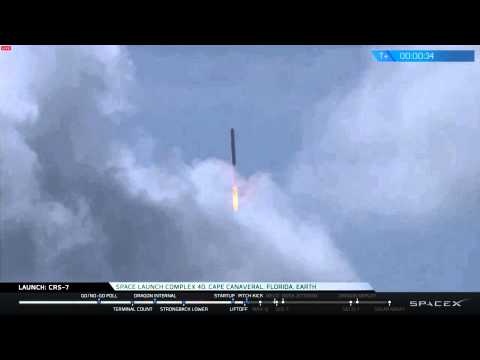