1 Tesla Model S Plaid vs Modded Kawasaki Ninja ZX-14 - "How the Hell Did You Beat Him?"

4 NFL Player JuJu Shows Off His Pastel-Wrapped BMW i8

Elon Musk Knows Just How Ridiculous the Yoke Is, But Tesla Needs It

Can you imagine a world where the updated Tesla Model S doesn't have the yoke, but just a regular steering wheel (maybe with a flat bottom, just to make it look sportier) instead, like all the other thousands of models out there?

Of course you can, it's the simplest imagination exercise we can think of, and if the possibility existed, that's probably a world you would like to live in. Why? Not so much because you hate the yoke - if you didn't plan on buying a Tesla, you couldn't be bothered less - but because you're tired of all the talk around it.

Yes, but you see, Elon Musk isn't. He's savoring every mention that ridiculous design is getting in the media, including this one. I realize I'm dancing to his tune right now, but something just struck me, and I wanted to share it with you, maybe get a little feedback telling me I'm wrong. Or not wrong.

You see, Elon Musk is a clever man. You can't make that kind of a fortune if you're an idiot, even if your parents are rich. Some people even regard him as a genius, but those people tend to get things a bit confused. A financial genius? Yes, sure, why not - making Tesla, a newcomer a little over a decade ago, the most valuable car brand in such a short time deserves all the recognition.

A tech genius, on the other hand? You can definitely give him some credit for everything he's done with his companies - particularly Tesla and SpaceX - but don't fall into the trap of thinking Musk is singlehandedly doing everything, including moping the floors. Tesla wasn't even his idea - he just had the money and knew how to market it better than Martin Eberhard and Marc Tarpenning, the company's true founders.

Put in perspective, the yoke may seem like a small thing, but it could actually play a huge role in the company's strategy. We've already touched on the media attention, which is always pretty high on Tesla's priority list, but the steering device will have a big impact on the item that's sitting at the very top of that list: autonomous driving.

In case you haven't noticed, Tesla has put all of its eggs into the self-driving basket, and if it doesn't get it right and does it soon enough, that basket might just hit the ground and turn into a mess. According to the company's promises, its vehicles should have had full self-driving abilities two years ago, and what they have instead is a faulty system that only delivers that in name, but nowhere near in practice.

How do you convince people a car will imminently become capable of driving itself? Well, you prevent people from posting damning videos of the system in action for starters, but you also make it seem as though the steering device is somewhat facultative. Which is where the yoke comes in.

As steering wheel designs go, the one in the new Teslas is one of the worst you'll ever see. You thought the capacitive buttons on Volkswagen's ID.3 and ID.4 models were bad? Well, they are, but at least they sit on a classic steering wheel. And they don't control vital features such as the blinkers or the windshield wipers.

The yoke is a mess, and Tesla and Elon Musk must know it. They knew it before launch as well. However, going along with it was not a mistake but a calculated decision that does a good job of pushing forward the company's main current agenda.

Meanwhile, almost everyone who tries it and knows anything about driving is baffled by it. Randy Pobst had it removed from the Unplugged Performance race car he took to Pikes Peak, a move that couldn't have gone down well with Tesla. However, we would imagine Randy was adamant about it: after all, it was his life at stake.

The thing is, people with far inferior driving skills to Randy's are going to be using it on public roads, and we can't really have a say in it. We won't suggest the yoke poses some sort of public threat, but it's definitely not going to make a hairy situation any more manageable for the driver.

With car people unanimously saying it's a bad idea, one of the funniest things is watching Tesla fans - some of them even 2021 Model S and X owners - defending the yoke. It's not THE funniest, though. That would be imagining Elon Musk reading all those favorable comments and laughing at the fan's willingness to defend something even he knows is bad. 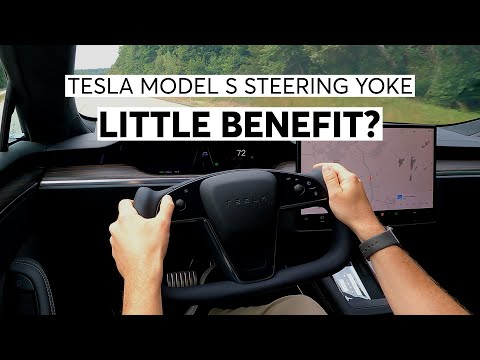 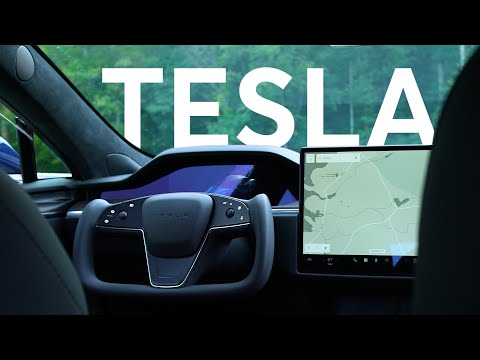