For whoever still had questions about it, Elon Musk will remain controversial regardless of what he says or does. He remains, forever and undisputedly, a love-him-or-hate-him type of guy.
7 photos

The much hyped, too controversial appearance on NBC’s Saturday Night Live (SNL) is here – literally so, since it’s streaming live internationally as of the moment of press. Elon Musk, CEO of market-leading companies like Tesla and SpaceX, the man who will reinvent the automotive industry and put man on Mars, one of the most controversial public figures and Twitter-ers in the world, and the world’s second-richest man, is hosting a comedy show.

The opening monologue set the tone for the rest of the episode: Musk, a notoriously socially awkward individual who can talk endlessly about the developments of his respective companies, came out as having Asperger’s. In fact, he said, he is the only person with Asperger Syndrome to ever host SNL. His monotone delivery of everything made for great comedy. He briefly touched on the topic of electric vehicles and his rockets, Dogecoin and the strange name he’d picked out for his youngest son, X Æ A-12, which is pronounced “Cat Running Across Keyboard.” See, Elon reads your tweets!

His mother Maye made an appearance, as did every mother of all the regulars. That’s because this weekend is Mother’s Day in the United States, but it still made for some awkward interactions and moments. This includes the brief exchange between Elon and Maye.

As usual, Elon’s hosting gig also included appearances in skits, both live and pre-recorded. As of this moment, he’s appeared as a doctor in a skit on Gen Z-ers, a guest at a post-lockdown party, a murderer priest on “Murdur Durdur,” a producer on “The Ooli Show,” and financial analyst DogeFather, who tried to explain what Dogecoin actually is. It’s a “hustle,” in case you’re wondering.

Because such a high-profile appearance makes for even greater publicity opportunities, Musk brought the Cybertruck to New York. So, for the remainder of the weekend, if you’re in NYC, you might get the chance to see the Tesla all-electric, better-than-a-tank pickup truck, which should start deliveries later this year, before heading into large-scale production in 2022.

And now for the question that’s been everywhere since NBC announced Musk would be hosting the show: how did Elon fare? Depending on where you stand, the answer varies. Musk’s hosting gig, like everything else he does these days, has proven to incite debate and controversy and, not in the least, highly opposing reactions.

His supporters love him, because everything he does is layered in humor, realness and his very magic touch. His critics, on the other hand, hate the idea of having one of the world’s richest billionaires deliver jokes because, apparently, comedy is directly dependent on relatability. But whatever your take on his gig, he certainly proved to be a ratings-magnet. 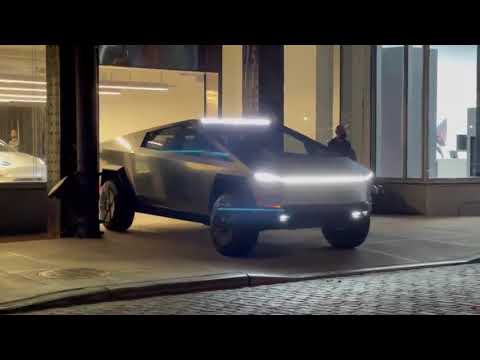 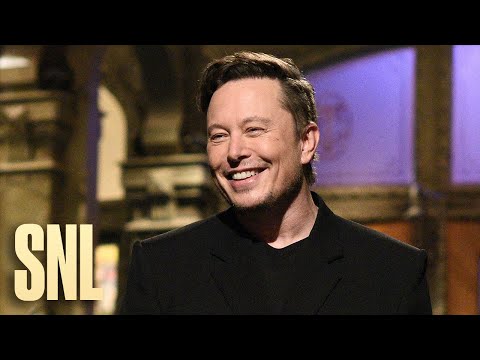