1 After Denis Villeneuve, Funcom Brings the Dune Universe Back to Life

Also, both Elite Dangerous: Horizons and Odyssey players are getting a Multi-Limpet controller, allowing for greater flexibility than the previous standalone Limpet controllers. The new module type works in addition to existing limpet controllers, so it will allow players to deploy multiple limpet types using a single module slot.

However, the new controller is not intended to replace the existing dedicated limpet controllers and will be balanced against these within the game, allowing a basic use of multiple limpet types without a dedicated slot for each. The Multi-Limpet Controller comes in a variety of different types: Xeno, Rescue, Mining, Operations, and Universal.

Moving on to the new Scorpion SRV, the armored vehicle has been specifically built to tackle Odyssey’s extensive new on-foot combat action. As such, it’s perfect for fights against both ground and aerial threats since it comes with two pieces of weaponry as standard. First off, players can use the Surge Repeater’s laser to dispatch waves of infantry. Also, Scorpion’s powerful Aculeus Launcher that uses tracking missiles is there to ensure the skies are clear.

The Scorpion SRV is capable of speeds of over 50mph, and as mentioned earlier, it’s been designed as a twin-seat infantry support vehicle with a driver and a gunner operating autonomously to take down threats. Alternatively, a single occupant can drive and control weaponry at the same time. 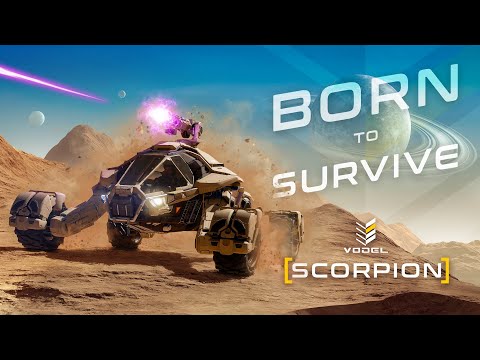