2 Production Version of Microlino 2.0 Makes Its Premiere at the IAA 2021

Granted, this neighborhood EV is cute at best, but it tries to compensate through its compact design, which makes it a reliable daily commuter, as long as you stick to shorter trips.

The two-seater has a length of 7.3 ft (2250 mm), a height of 5.2 ft (1588 mm), and a width of 4.5 ft (1380 mm). It is built of aluminum and recyclable polypropylene and it features a 160L trunk. It comes in pearl white or silver with the basic package, but you can opt for premium colors as well, with graphite and baby blue being your other choices.

Other noteworthy features of the mini car are the seven-inch dashboard, a USB charging port, a tiltable sunroof, a rear camera, parking sensor, cup and magazine holder, emergency alerts, power-assisted braking and steering, and more.

Eli Electric Vehicles is headquartered both in Los Angeles and Beijing. The Eli Zero was introduced in 2017 and production was initially scheduled to start in 2018. But it took until now for the manufacturer to finally produce its flagship electric commuter. The company announced recently that is getting ready to ship the first orders to its European distributors over the following months. The U.S. market will follow in 2022.

The Zero, which is classified as a NEV (neighborhood electric vehicle) in the United States and a light quadricycle in Europe, will have a starting price of €11,000 on the Old Continent and $12,000 in the U.S. 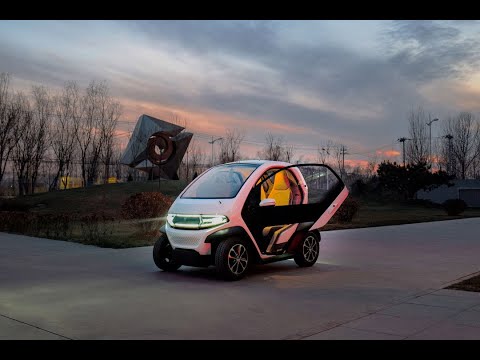