4 This Boeing Spaceplane Could Have Been the Ultimate Space Freighter, Exists Only Here

Elephants Don’t Really Mix With Rockets. Still, Here’s How Many Would Fit in One

The modern age is one of wonders. For about half a century or so, those wonders are no longer limited to humanity’s home planet, but also come in the form of the things we see, hear, and experience throughout the solar system.
11 photos

This was made possible by the rise of the human-rated rockets, explosive beasts so powerful they have the ability to defeat Earth’s gravity and shoot more or less straight up, carrying with them hardware and their potential, but also humans and their dreams.

Most average Joes out there, ourselves included, know a lot of rockets. They know those who have made it into production and exploitation. They know names like Saturn V or Falcon 9, and everything in between. In some cases, they even know some of the specs of these wonderful machines.

Far fewer average Joes though are familiar with the names of rockets that never left the drawing board. Reject-rockets of space exploration agencies and programs, but in some cases, rejects that had an immense influence in shaping the industry.

How many of us can say they know names like the DC-3 space shuttle, the SRB-X, or the Star Clipper? How many of us heard of things like the Venture Star, or the Chrysler Serv, or Star Raker? The names UR700, Comet, or Nova mean something for how many?

All of the names above, and some extras, can be found, properly illustrated, in the video below. It’s a video coming from one of our favorite space industry animation specialists, Hazegrayart, and shows only concept rockets, the ones that didn’t make it into production.

The video shows them next to each other as a means to make us understand how much weight they would have been able to lift, had they made it onto the launch pad. And it does this by using, for exemplification purposes, elephants.

Estimating the weight of one elephant to 5 tons, Hazegrayart goes ahead and shows how many of them each rocket would have been able to lift, starting with just one when it comes to the DC-3, and ending with an impossible-to-count-number towards the end, where we get the Adelbaran, an idea coming from the mind of an engineer who lived back in the glory days of space exploration, Dandridge Cole.

And, at the very end, there’s something truly spectacular. But let us not ruin the fun for you, so enjoy the video below. 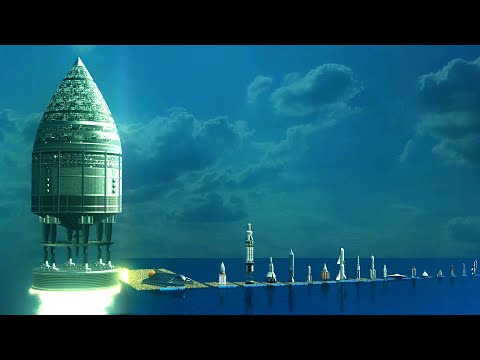