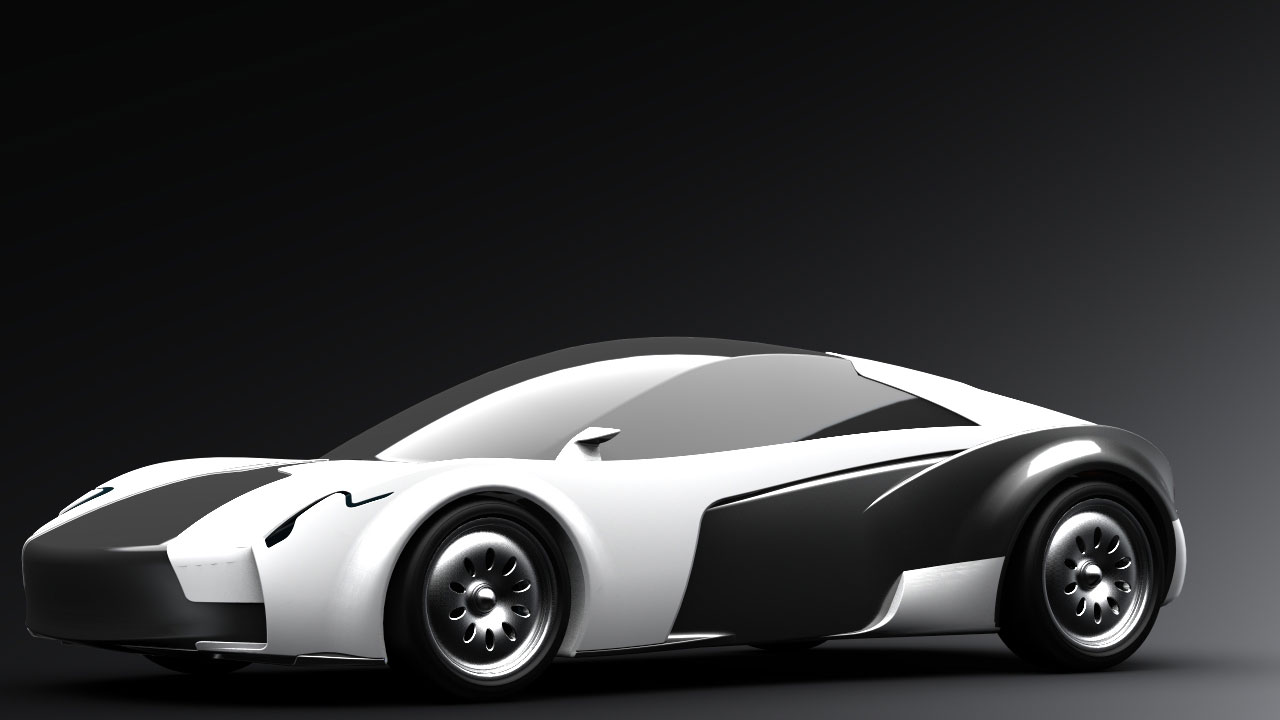 As the electric vehicles are rushing towards the future, fast as the lithium ion batteries allow them to, there is increasing speculation surrounding the future of sport- and supercars. Will they die, will they prevail, will EVs and V12s coexist peacefully, like the men and fish do in the mind (and speech) of former President Bush?

Who can tell... What we, the ones doing the living during these electrifying times, can do, is either create a vision of the future, through all sorts of concepts, or write about the vision of the future as presented through all sorts of concepts. And in this piece here, we'll tell you a little something about a sports car, an electric one, envisioned by a man with inside knowledge.

Antonio Bruno is an interior/exterior designer at Pagani Automobili. Meaning he has a pretty good idea of what's what and where they go on a car. Even on an electric one, like the Electrodynamics Concept he masterminded to show that he can.

Powered by four permanent magnetic electric motors located inside the car and connected to the wheels through drive shafts, the model is supposed to do wonders on a track. But since this is, after all, an imaginary car, so are the performance figures.

“The absence of a brand reference has contributed to the free forms and is totally devoted to aerodynamic influences and perceptions typical of product design,” said Bruno. The upper dome is formed from a tinted acrylic component that stretches up to the front bumper, where it could hide the additional headlights.”

So, do you think this could be the next Pagani?