Electrifying "How It's Made" Video Shows the Electron-Harvesting Porsche Taycan

We have seen Porsche reinvent itself at the dawn of the 21st century – in 2002 the Stuttgart-based automaker was sending every preconception down the drain with the introduction of its first SUV – the Cayenne. Two best-selling models later (Cayenne and Macan), nobody knows if the story will repeat itself with the company’s first EV, the Taycan. Still, the producer is certainly making history – and we are here to witness it in factory-quality detail.
8 photos

Things are looking decidedly different for Porsche as opposed to the moment it unveiled the Cayenne. The automaker is not on the brink of financial collapse and almost two decades of sales success have silenced anybody looking to tear up the two SUVs as not being real Porsches.

But the company did take notice of their complaints, and certainly tried to quell any naysayers when it presented the Taycan. Not necessarily through its design, but primarily through its technical specifications. And at a full peak power of 761 horsepower with overboost, the Taycan Turbo S certainly will not disappoint.

After all, it can sprint with Launch Control from nil to 62 mph in a Tesla Model S-range of 2.8 seconds. Go for the slightly underpowered Taycan Turbo (680 hp) and you could go as far as 450 km (280 miles) on a single charge (WLTP), while the Turbo S drops down to 412 km (256 miles). But how does it all come in one place for these figures to deliver delight for those inside?

You can find out in the attached video documentary below – or at least peek at some of the awesome secrets involved with the build process of such a technical marvel. Actually, Porsche even thinks we are dealing with the most innovative automobile of the auto industry.

It bases its assumption on conclusions found by the AutomotiveINNOVATIONS Report issued by the Center of Automotive Management (CAM). As it turns out, the Taycan has no less than 27 new developments, 13 of them being world firsts. Any grudges anymore?! 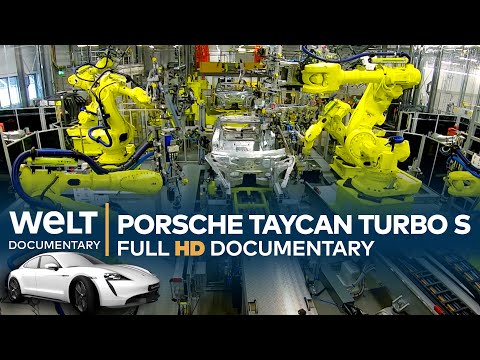