3 There's a Flooded Ferrari SF90 for Sale in Miami, Care to Make It Yours?

5 BMW Superbike Doesn't Stand a Chance Against Ferrari's SF90, but the Opposite Is Also True
Up Next

Well, this was only logical for Ferrari to finally adhere to the roster of major automakers who entangle their brand power with the immersive world of racing video games. And the Gran Turismo series was the most obvious choice, given its growing virtual concept car heritage.

So, meet the Ferrari Vision Gran Turismo, the first-ever Prancing Horse dedicated to the Gran Turismo family of enthusiasts, designed specifically as a “futuristic single-seater sporting a more extreme version of the V6 also adopted on the recently-launched Ferrari 499P.” Plus, there are also three electric motors, one for the rear wheels and a couple for the front axle. All in all, the “aggressive, futuristic design” also hints at Ferrari’s iconic history, with subtle clues toward “Ferrari’s legendary Sports Prototypes of the 1960s and 70s.”

By the way, this is not just a hypothetical, digital styling exercise, and Ferrari will provide a full-scale design study for visitors of the Ferrari Museum in Maranello, Italy, to admire from 15 December 2022 to March next year. Also, notice the number 75 is written on the sides – that is a direct reference to Ferrari’s first-ever racing car, the 125 S, which “exited the iconic factory gates in 1947.”

Now, let us crunch the digital numbers. The company has revealed the fresh Ferrari Vision Gran Turismo uses the new “120-degree, 3-liter turbo V6 architecture” as seen on the 296 series and the new 499P. Alas, since there are no technical restrictions, the ICE mill alone now delivers a bonkers output of 1,030 ps (1,016 hp).

As for the three ‘little’ electric motors, those bring an additional 240 kW (326 ps/322 hp), and the grand total surges to around 1,337 horsepower. The Ferrari Vision Gran Turismo is also touted to be capable of deploying 1100 Nm (811 lb-ft) of rear torque from the combined ICE and MGU-K. Thus, with a dry weight of 1,250 kg (2,756 lbs.) and a 43.5/56.5 % front-rear weight distribution, this bonkers single-seater will “provide a stimulus for both the engineers and drivers (real and virtual) of tomorrow.”

No worries, the Ferrari folks also give the exact figures of that ‘stimulus.’ Those include a sprint to 100 kph (62 mph) in less than two seconds, to 200 kph (124 mph) in less than five seconds, and a top speed of more than 350 kph (217 mph). Plus, there is even a virtual lap time of the Fiorano track, with a less-than one-minute and ten seconds result!

So, with a carbon-fiber underbody, enough heritage to last anyone a couple of lifetimes, “dramatic proportions and futuristic lines,” as well as “simultaneously paying homage to the Prancing Horse’s glorious racing history and affording a tantalizing glimpse of the future evolution of closed-wheel racing cars,” this concept car sure sounds like a storm! But there is also a simple question. Will the Ferrari Vision Gran Turismo make digital racers proud of standing next to the extensive line of Vision Gran Turismo prototypes or is it just another marketing stunt?

Well, there is no need to wait too long for the answer. After it was revealed during the Gran Turismo World Finals in Monte-Carlo, the Ferrari Vision Gran Turismo will be offered to all Gran Turismo 7 users just ahead of Christmas, starting December 23rd. However, those who are impatient can already partake in a campaign quiz throughout the game and a lucky winner will get to sample the concept car starting December 15th. 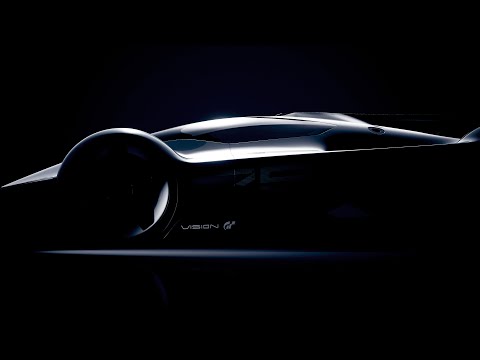